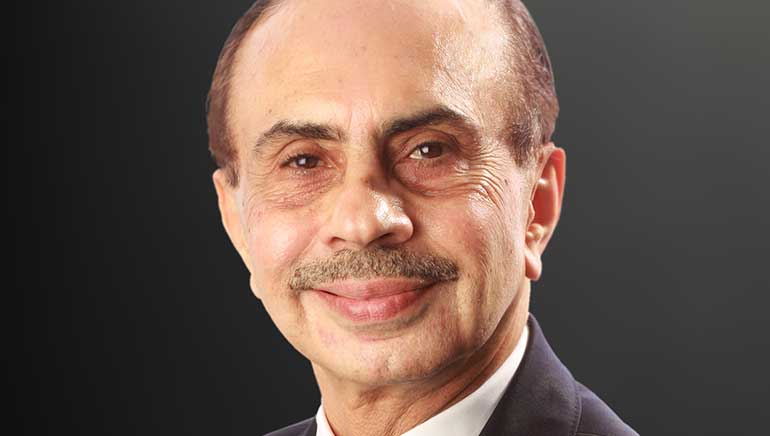 Adi Godrej heads the 120-year-old Godrej Group, which has a revenue of US$5 billion and comprises several consumer-goods companies. The Group came into existence, when Ardeshir Burjorji Sorabji Godrej established the Godrej Group in 1897, giving up his profession as a lawyer to make locks, and his brother Pirojsha Burjorji acquired a vast stretch of land in suburban Mumbai. The Group also has its roots in the country’s independence struggle including the Swadeshi Movement.

Adi Godrej graduated from Massachusetts Institute of Technology, and came back to India in 1963 to join the family business. He became the Chairman of the Group in 2000. Though he joined the family business, both the state and the status of the Group or the companies have immensely improved since he joined. Actually, he is credited with modernising the management structure and improving processes in the organization.

He was very close to his socialite and philanthropist wife, Parmeshwar Godrej , who left him for the heavenly abode in October 2016. His three children help him fill the void. Eldest daughter Tanya Dubash is Executive Director and Chief Brand Officer of the Godrej Group. Nisaba is the second child, and is currently the Chairperson of Godrej Consumer Products. The youngest son Pirojsha Godrej is the Executive Chairman of Godrej Properties.

Adi Godrej is not known for wearing his emotions on his sleeve; however, at the same time there is no doubt that he is genuinely concerned for his people in the Godrej Group. Of course, he is better known for his strong work ethics, a sense of fairness and personal integrity, which not only inspire the people who work with him but also serve as a benchmark for all.

As the Chairman of Godrej Group, he has established Godrej Properties as a strong real estate player in the Indian market, with a belief that it is uniquely positioned to take advantage of the increased need for excellence in real estate. Godrej Properties was the first Indian real estate development company to have obtained an ISO certification. Adi Godrej has always believed in quality processes, a philosophy of putting customers’ interests first, and has guided Godrej Properties to develop millions of square feet of quality real estate in the form of several signature projects, with an unwavering commitment to improvement and innovation.

Godrej Group has diversified interests and products, and GCPL is the flagship firm of the Group, which has presence in consumer goods, real estate, appliances, and agriculture sectors, among others. The Group companies manufacture several products including locks, soaps, property, retail and animal feed to the engines that power India’s space programmes.

Under the stupendous guidance of Adi Godrej, Godrej Consumer Products has grown into a strong FMCG player in the market.

The approach can be best described as a 3X3 model, by which he has successfully expanded internationally – building a presence in 3 emerging markets (Asia, Africa, Latin America) across 3 categories (homecare, personal wash and hair care).

He has regularly served as the Head of several Indian Trade and Industrial Bodies and Associations, including the Indian School of Business as Chairman; Confederation of Indian Industries (CII) as President; Dean’s Advisory Council of the MIT Sloan School of Management as Member; and Narsee Monjee Institute of Management Studies as Chairman of the Board of Governors.

Through Godrej Group, Adi Godrej has substantially contributed to the society. In support of the World Wildlife Fund in India, the Group has developed a green business campus in the Vikhroli township of Mumbai. The township has a 1500 acre mangrove forest and a school for the children of company employees.

Contributions to the society in the form of healthcare, education and environmental sustainability initiatives are also made through the Pirojsha Godrej Foundation, the Soonabai Pirojsha Godrej Foundation and the Godrej Memorial Trust. The initiatives include The Mangroves, Teach for India, WWF, Smile Train and the Godrej Memorial Hospital among others.

Immensely optimistic and focusing only on the outcomes, smartly overcoming the challenges including the recent Demonetization and GST, Adi Godrej asserts that, “By 2050, I expect India to become the largest economy in the world by purchasing power parity.”

About GST, he says, “India has seen great economic reforms in the last 25 years and the economy has grown reasonably well. Most recently, GST, which is an outstanding reform that will boost consumption and help companies grow. Once GST is smooth, it will have a huge impact as GDP will go up, and all businesses will go up. Though the wholesale channel will have to change its ways of dealing with cash, I do not think there will be a problem. Actually, GST will add a lot of GDP growth to our economy going forward.”

He is very positive about the effects of demonetization also, especially elimination of black money, “Generally, black money has come down in the country after demonetisation, and after GST it will come down further. The days of black money are going away.”

Believing in reforms to improve situation in the economy, he shares, “India will do well and GDP rate will accelerate. Lot of reforms coming in and we have to make sure we leverage it properly as a Group. I am optimistic about the future for the country and the Group.”