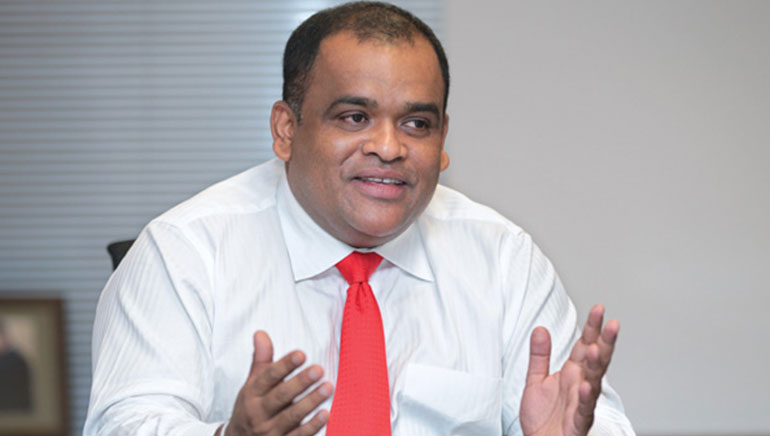 Over the last couple of decades, Mr. Kulappu Arachchige Don Dhammika Perera, one of the richest businessmen in Sri Lanka, has proved himself a great inspiration for the Sri Lankan corporates. With a high risk appetite passably complemented by dexterity, business acumen and strategic excellence, he has been converting unprofitable enterprises into profit-making ventures

Born as the grandson of the then richest man in Payagala, owner of a large number of paddy fields, Mr. Perera rose to build an economic empire in his country, hoping to transform an economy of mediocre size into a gigantic one in a span of a few decades.

Beginning his career from a miniature platform as provider of slot machines on rent, he was quick to move on to manufacture slot machines after having undergone technical training in the manufacturing technology in Taiwan.

Earlier, Mr. Perera had joined Texla Central College, Horana for studies from where he moved on to the University of Moratuwa to continue his studies but it was not to be, as he dropped out of the institute of technology where he was pursuing his Diploma in Technology to pursue his business dreams.

Beginning   with   investing   in  share market, Mr. Perera came up with an enterprising 20-year plan in 1999. Through his arduous efforts, knowledge and unparalleled confidence, he swiftly rose to the rank of the greatest investor in Sri Lanka’s banking sector, share market and other financial institutions. Being a man of clear vision and quick judgement, Mr. Perera has made some unwavering business decisions.

His ability to spot opportunities promptly even in an adverse economic scenario has brought him to the fore  in the comity of business tycoons and helped him set up Vallible One PLC enterprise. By dint of his unusual skill in entrepreneurship and foresight as the founding Chairman and Managing Director of the company, he has diversified portfolio of the company’s business and has magnified them to include varied sectors such as consumer, finance, leisure and ceramics.

His depth in understanding and judgement of financial and administrative riddles has earned him the coveted chairmanship and membership of the board of directors of many banks, financial companies and other manufacturing and trading corporations. His generosity lies in sharing his knowledge and expertise with other professionals with regard to solving some of the perplexed business problems. His thirst for more and more knowledge and experience evidently appears to be unquenchable, which has helped him attain stunning success in the field.

Apart from developing his own business empire, Mr. Perera has  taken  pride in serving the nation through some important positions he has held  in  the government. He has  served  as  the Chairman of Sri Lanka’s Board of Investments for 3 years, as Sri Lanka’s Secretary of transport and also as a Member of the Strategic Enterprise Management  Agency.  Mr.   Perera has been Deputy Director General of Securities and Exchange Commission of Sri Lanka since September 2012.

A man of rare commitment, brilliance and kind heart, Mr. Perera’s greatness lies in the very fact that he is not a mere trader but a great innovator and investor. He is a wealth creator who believes in buying more and more ailing and loss- making companies and transforms them into profit-making ones within a short span.