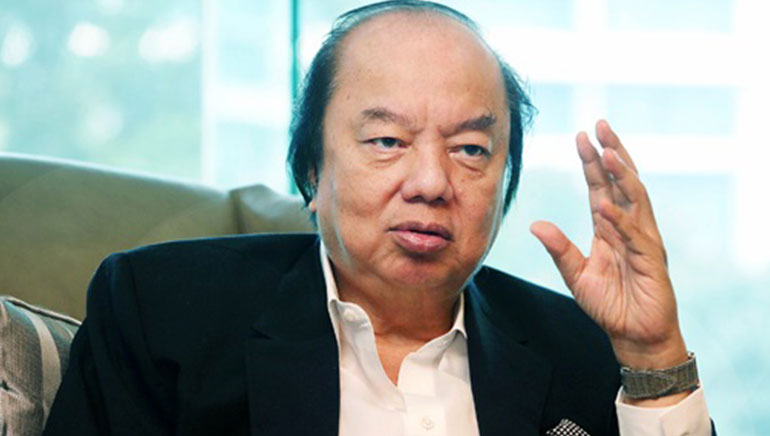 “Under his dynamic leadership, Mayapada Group has become one  of Indonesia’s biggest conglomerates, with businesses in financial services, healthcare, real estate and media”

Believing that every crisis brings its own opportunity, Dr. Tahir – Founder of Mayapada Group, who goes by one name and is a self-made entrepreneur – has over the last three decades built the Mayapada Group, a consortium of businesses in banking, insurance, healthcare, retail, real estate development and media

A devoted Christian, and immensely self-inspired, Dato’ Sri Prof. Dr. Tahir’s story is quite motivational as he has built his business brick by brick with a long- term vision, and an emphasis on stability and sustainability. His most prominent interest is in real estate, as he also owns the recently completed Strait Trading Building in Singapore as well as the Goodway Hotel in Batam.

Under his dynamic leadership, Mayapada Group has become one of Indonesia’s biggest and most successful conglomerates, with businesses in financial services, healthcare, real estate, specialty retail and the media.

PT Bank Mayapada Internasional, Tbk (known as ‘Bank Mayapada’) is the flagship business of the Mayapada Group. Bank Mayapada is a publicly listed company with shareholders consisting of investors from the United States and Singapore, and has nearly two hundred branches throughout Indonesia.

Dr. Tahir has been featured as one of the 50 Most Successful Overseas Chinese Citizens in the National Archives of the Republic of China, and has been variously awarded including the Ernst & Young Entrepreneur of the Year Award.

HeisregularlylistedasoneofIndonesia’s wealthiest by numerous publications. Dr. Tahir holds many other positions, such as Senior Advisor at the Coordinating Ministry for People’s Welfare, Chairman of the Association of Chinese Indonesian Society and Entrepreneurs (PERMIT), and Chairman of Chamber of Commerce at Chinese Committee (KIKT).

He is also the first Asian to sit on the board of trustees at the University of California, Berkeley.

Even though Dr. Tahir has firmly cemented his legacy as one of the nation’s most successful entrepreneurs, it is his philanthropy that he would want to be remembered by. In fact, the industries in which the Mayapada Group does business in are all selected with the intention of improving the health and wellbeing of the surrounding communities. And thus the Tahir Foundation was founded. Through the foundation, Dr. Tahir aims to create a better future where every individual in Indonesia has access to adequate healthcare and education, and enhanced quality of life. He has donated generously to combat the worldwide refugee crisis, research on the prevention and treatment of diseases, and to improve education in Indonesia.

Giving baCk tO SOCiety

Dr. Tahir is committed to giving back to society, and is the first Indonesian signatory of the Buffett-Gates Giving Pledge. His guiding principle “Built by the society for the society” has played a major role in the phenomenal growth of his businesses, and drives his generous philanthropic contributions through the Tahir Foundation, which has supported various initiatives in healthcare, education, legal reformation, and has made a $200 million investment (in partnership with the Bill and Melinda Gates Foundation) to address healthcare issues in Indonesia.