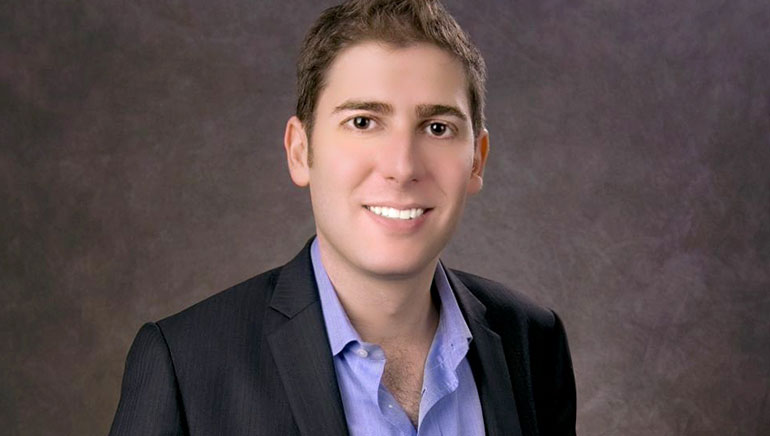 The above-mentioned win by Saverin at the age of 13 is so stunning that even the International Chess Magazine (ICM) mentioned Saverin’s win in one of its articles. Today, this innocent boy is best known as the Co-founder of Facebook. He is also one of the richest persons in the world at a net worth of $7.9 billion (as of February 2017). He owns 53
million or 5% of Facebook shares (as of 2015), is a Brazilian Internet entrepreneur, an economist and an angel investor. He renounced his US citizenship in 2011, and now works and lives in Singapore

BORN TO BE BIG

Born in 1982 in Sao Paulo, Brazil to a wealthy Jewish Brazilian family, he went to Harvard University in 2006 and graduated in Economics (Honors). His father Roberto Saverin has several businesses in clothing, shipping and real estate, and his mother, Paula, works as a psychologist. His grandfather is the founder of Tip Top, a chain of kidswear retail shops. In his spare time, Eduardo likes to play chess and read about several things including meteorology.

Savvy, adaptable, and inherently strategic, Eduardo was the first investor of Facebook Inc., which started as any other company with a humble beginning but later rapidly emerged as one of the prodigiously successful companies of all time. He is considered the force that really made Facebook get off the ground, as he established Facebook’s first incomegenerating partnerships with Apple, Paramount Pictures, and others. He worked as Co-founder, Chief Financial Officer and Business Manager of Facebook.

Currently, Saverin makes seed, early-stage and growth technology investments as an angel investor and mentors a variety of companies from all parts of the world. The only thing he looks for in a company before investing in it is “passion for crossplatform people-centric innovation with pan-global ambitions.”

Saverin’s sensational exit from Facebook is still a matter of research and curiosity for the entire world. Everybody wanted to know what happened. Though people’s imagination has run wild on several theories all this time, there is much clarity now. Saverin calls the various stories about himself nothing but “Hollywood fantasy”; however, his reluctance to share the story of his founding of Facebook and then his exit is attributed to the non-disclosure contract he signed with the other Facebook shareholders.

At Harvard University, he made a friendship with Mark Zuckerberg and as both of them realized that a dedicated social networking website for Harvard students was lacking, together they created Facebook. That was 2004!

Zuckerberg found Saverin a prospective business client because of his rich family background, because of his Brazilian background where insider trading isn’t illegal, and because Saverin’s appearance at Harvard gave an impression to everyone that either he knew something about business or he was connected to the Brazilian mafia. Thus, in late 2003, Zuckerberg approached Saverin, his junior, with the proposal to invest money to handle servers for a site to be launched, which would be called The Facebook.com.

The Facebook.com was launched in February 2004 with Saverin taking care of the servers. Though initially it was launched exclusively for students of Harvard University, it was such a big success that very soon students from other institutes wanted it to be expanded for their use. Zuckerberg and Saverin were more than happy to expand. Within three months, by April 2004, based on Facebook’s exponential success, Mark Zuckerberg, Eduardo Saverin and the third co-founder – Dustin Muskovitz, established a full-fledged limited liability company under Florida law, by the name The Facebook. Just two months later, by June 2004, Harvard had accepted that thefacebook.com had achieved unprecedented popularity. Till this point, all the three co-founders had a fantastic relationship. Things started deteriorating soon.

Saverin was supposed to handle the business of Facebook, while Zuckerberg was building the product called Facebook. However, just six months after the launch of Facebook, Mark Zuckerberg and Dustin Moskovitz moved to Palo Alto, California where they took a rented house and worked on TheFacebook as they believed in the immense potential it held. Eduardo Saverin went to New York for an internship at Lehman Brothers. Saverin was supposed to set up the company, get funding, and make a business model. However, Saverin launched another start-up – a job boards site called Joboozle. Further, he started to run unauthorized ads of Joboozle on Facebook. Gradually, their relationship started to go south, and their communication narrowed down. Soon, Saverin started to feel left out, and he froze Facebook’s bank account. Zuckerberg needed funds to promote his company, and to find another way out to carry on with the funding of Facebook, he established a new company that acquired the old company, and the shares of the new company were distributed to everybody except Saverin. This not only reduced Saverin’s stake in the company, but also diluted his authority over the funding of Facebook.

However, the world of business is entirely different from the way we perceive and run other things in our life. It’s more of rules, precedents, and business laws. As it would happen in any similar case, even when Mark Zuckerberg wanted to dilute Eduardo Saverin’s stake in the company, there were legal constraints for him to do so. Though Zuckerberg had been advised by his lawyer that Saverin may claim breach of fiduciary duty later, that is exactly what happened. Saverin’s exit from Facebook as its co-founder was settled between Facebook and Saverin out of court after Saverin sued Facebook over breach of fiduciary duty. Though Saverin could walk away with only 4 to 5% shares of Facebook, that stake is worth approximately $5 billion currently.

Zuckerberg is the sole authority in Facebook now, is doing good, and the company is already worth $350 billion.

Being one of the richest in the world, the humble Eduardo credits his grandparents for being his inspiration in life. He is proud of the fact that, “All of us, always, ended up doing something.” As a matter of fact, his “something” was one of the most successful companies in the world – Facebook, which was first registered as “Thefacebook” at his parents’ Miami home.

He married Elaine Andriejanssen in June 2015, a Chinese Indonesian woman educated at Raffles Girls’ School, whom he met while he was a student at Harvard. She also has several businesses in Massachusetts. Interestingly, Saverin broke the news of his marriage on Facebook!

When Eduardo decided to renounce his US citizenship, it was construed by most that he was doing it to avoid a lot of taxes. That changed his status from one of the most popular persons in the US to one of the most hated. However, leaving his past behind, he continues to be an excellent entrepreneur.

With the legacy of being a Co-founder of Facebook, Saverin kept a low profile for some time before launching an impressive business of assisting startups through angel investing, his business base being in Southeast Asia. Though Saverin likes to play safe on his investments, the interest of his investments has majorly been Asian tech companies as he has made about 20 personal investments in tech startups, which include Hampton Creek – a fraught egg-free-mayonnaise company, Orami – a female-focused e-commerce company, Redmart – a Singapore-based online retailer, etc. His other investments include Flightcar – a company that lets people who park at the airport rent their cars out to other travelers, and Silvercar – a company that only rents out silver Audi A4s.

His story has been a mystery for long, as he is reticent about his personal affairs. However, his story is also strikingly extraordinary as he was with Facebook for only a few months, yet he is one of the richest and one of the most successful persons in the world after his association with Facebook. The best thing about him is that he knows deep in his heart: “I’ve done it before; I can do it again”.