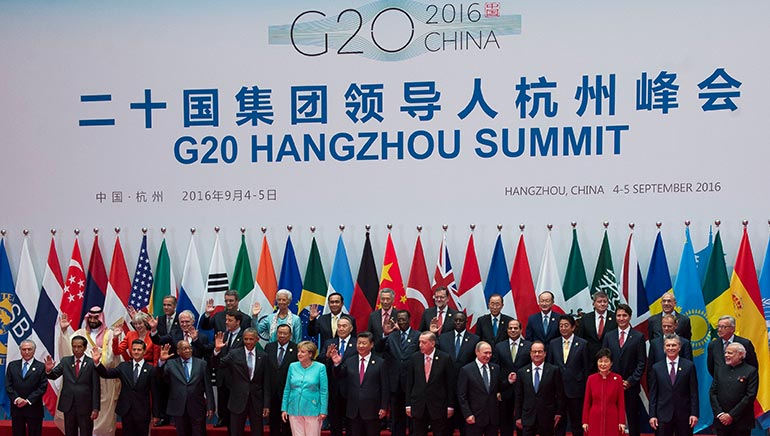 The 11th meeting of the G20 Group which accounts for the 85 percent of the world’s economy, 80 percent of global trade, and two-thirds of the world’s population was concluded in Hangzhou, China on 4–5 September, 2016. The Summit was aimed to bring profound measures for giving a new direction to the world economy and had the theme, “Building an Innovative, Invigorated, Interconnected and Inclusive World Economy”.

The leaders discussed to bolster the steps which they have taken to address corruption, tax evasion and avoidance, and other challenges that undermine the integrity of the global financial system. They committed to make use of all policy tools – including fiscal policy – to achieve the common aim of strong, sustainable, balanced, and inclusive growth.

In the declaring statement the G20 communiqué presented a central vision which the member states will follow to “strengthen the G20 growth agenda to catalyze new drivers of growth, open up new horizons for development, lead the way in transforming our economies in a more innovative and sustainable manner and better reflect shared interests of both present and coming generations.”

Apart from economic reforms, discussion on terrorism, migrant crisis, and climate change also took place. The communiqué lauded the World Bank for its efforts in collaboration with other international organizations and its shareholders in creating a global crisis platform for providing support to refugees and host communities in both low and middle income countries.

America and China announced that they will formally ratify the Paris climate change agreement to curb climate-warming emission. The move was highly appreciated as both the nations collectively account for more than 37 percent of global emissions. US Secretary appreciated the move saying, “It moves the needle in a way that no two other nations can accomplish.”

Along with the heads of 20 member states, the Summit was attended by presidents of Chad, Egypt, Kazakhstan, Laos, and Senegal, and the prime ministers of Singapore, Spain, and Thailand as well.