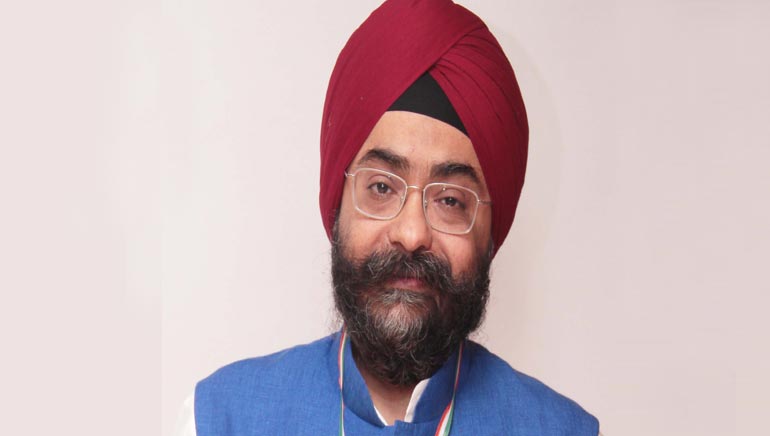 As true achiever, Mr. Malhotra’s personality not only carves a strong impression on one’s mind but also sparks an inspiration to achieve the dreams through a constant confidence and strong will-power. He believes that life is an uphill battle and one can emerge as a winner only if he/she has a confidence in the abilities

A determined faith in one’s actions and a belief of standing tall in any the situation fosters a person on the route to a prosperous destination. Mr. Harpreet Singh Malhotra, the CMD of Tiger Logistics, is that person who edged forward from his humble beginning and laid the foundation of Tiger Logistics which is one of the well-known logistics service providers in India with a global presence as well.

Mr. Malhotra Received his Bachelor’s Degree in B.Com from Delhi University and a specialized course in Foreign Trade from IIFT, Delhi. After completing his studies, Mr. Malhotra worked for some years in the Logistics Industry.

“Hard Work is the key to success in life.” These words have always given hope to this dynamic and foresighted leader. Mr. Harpreet Singh Malhotra believes that life is an uphill battle and one can emerge as a winner only if he/she has a confidence in the abilities and the determination to do something astonishing. He believed in his firm and knew that one day he will be the king of the logistics industry with his ever-growing empire.

For a first-generation entrepreneur, it is quite challenging to begin a new firm. Mr. Malhotra too faced a lot of hurdles when he made the decision to institute “Tiger Logistics”. He laid down the foundation stone at a time when he himself was not in a financially stable situation. However, he had a resolute mind which directed him to dream big and transform that dream into his own firm.

Mr. Malhotra started his business with a small team whose dedications and aims were big. With a profound faith in Mr. Malhotra’s leadership, they stayed on the course and transformed their firm from the small room of a rented apartment to several offices across India. In the present time, the company has more than 200 employees who are serving the firm with utmost devotion. Most of these employees are in the company for more than 10 years.

Hounding a firm faith in his ethical values, Mr. Malhotra makes sure that there is not a single activity in the company that is morally deprived. He makes no compromises in terms of the qualitative services and timely deliverance. To provide “value-added, cost effective” solutions to the customers, Mr. Malhotra has joined hands with various reputed firms across the globe. His innovative and faithful approach has not only earned him respect among the leader but also endowed him with an acclaimed list of clientele.

Tiger Logistics is the result of a continuous struggle of Mr. Malhotra in the market. It is his undeterred courage that has helped Tiger Logistics to grow substantially with every coming year. They had around 254 Crores turnover with 25 – 30% growth consistently per year from year 2000.

In a heart which is strong-willed and focused, emotions such as kindness and empathy for fellow being also reside and encourage Mr. Malhotra to lend a helping hand towards his society and the nation’s progress. He runs campaigns such as “Do Mutthi Aahaar” to eradicate poverty as well.