Born in Palwal district of Haryana, former teacher, and principal, Mr. J.C. Chaudhry has set a great precedent, worth imitating, with his contribution to the education sector of India with the much-reputed training institutes under the aegis of Aakash Educational Services Private Limited (AESPL), popularly known as Aakash Institutes. The nationwide AESPL educational centers provide comprehensive test preparatory services to students preparing for medical and engineering entrance exams, school/ board exams, KVPY, NTSE, Olympiads and other foundation level exams.

Started with a humble strength of 12 students in 1988, Aakash today serves around 2,50,000 aspirants through a panIndia network of 200+ centers. It has diversified into several distinct verticals namely, Aakash Medical, Aakash IIT-JEE, and Aakash Foundations to meet the targeted needs of the modern students. Its Classroom Learning Programs ensure personalized attention and aims at developing the conceptual knowledge of the students while the Distance Learning Programs (DLP) deliver the same content as delivered in classrooms in a cost-effective way and help students to study at their own pace and convenience.

Mr. Chaudhry’s constant innovation and dedication towards the young force of the country have helped the Institutes scale new levels of expertise and they are arguably the most popular choice among the students for exam preparations. It is only the result of his hard work that Aakash was recently backed by global investment management firm Blackstone, which now owns 37.5% of its stakes.

Mr. J.C. Chaudhry was himself a very bright student. He completed his graduation with flying colors from Punjab University and secured a seat in the highly-reputed Birla Institute of Technology and Science in Pilani, Rajasthan, where he studied botany. Post completing his studies, the ambitious personality decided to share his pearls of knowledge with the younger generation and started teaching as a lecturer in Vaish College, Bhiwani. Then as a post-graduate teacher in private and government schools. He became the principal of a senior secondary school in Delhi Administration. He was appreciated and respected by all his students because of his warm and loving nature.

He never denied helping any student facing issues with the curriculum and guided them in the best way he could. However, he always felt that there is more to be done. In the year 1988, the foundation of Aakash Institute was laid with a strength of only 12 students, which has now grown to a student base of over 2,50,000 students with 200+ classroom centers.

The journey, obviously, was not smoothsailing to turn an ambitious project into a cult brand, but with his determination, unflinching willpower, and faith in his own skills, Mr. Chaudhry built an empire that none has been able to match or replicate till date.

Mr. J.C. Chaudhry believes in moving ahead with times and constantly keeps on innovating the teaching modules and methodology. He is one of the biggest celebrators of digital technology and has seamlessly inculcated it in the teaching process at Aakash centers. The digital classes have made it easier to access the high-quality curriculum for those students as well who cannot travel to the centers. The distance-education programme of Aakash has made it possible for many bright students to rise against the odds of their financial and geographical limits and secure seats within the topmost medical and engineering colleges.

With the noble aim of providing qualitative mentoring, he has successfully made AESL a household name and is responsible for giving India more than one lakh doctors and fifty thousand engineers. He plays a pivotal role in empowering and engaging young minds across all centers of the institution and is known amongst the students as a great orator and motivator.

Mr. Chaudhry takes immense pride in the fact that he is spending his life doing the noble deed of imparting education and creating a zealous force of doctors and engineers for the future. For him nothing can beat the satisfaction he gets when a student returns to meet him as a successful professional. This feeling of gratitude is all the wealth he has earned. He has been recognized by a number of agencies for his outstanding contribution to the sector and is a recipient of several awards, including ‘Dr. Radhakrishnan President Award’, given by Freedom Fighter Welfare Society in 2002 and ‘Hall of Fame 2014’ award presented by Inc. India in recognition of entrepreneurial zeal, growth, and excellence.

Not many people know this about the honored educationalist, but he also has a keen interest in numerology. He has been following this form of Occult science as a hobby & has been an amateur practitioner for more than the past three decades. He admits to studying thousands of cases as his hobby and providing solutions. Apart from all this, he is also a firm believer in the power of God and is deeply religious and is also the Managing Trustee & Founder of MaaVaishno Devi Dham, at Vrindavan. He has also been honing his skills as a writer & has also published a few books. Some of his books ‘ABC of VaastuShastra’ & ‘Advanced Numerology’ are highly popular among the masses, in these books he shares his unparalleled knowledge of Vaastu and Numerology. 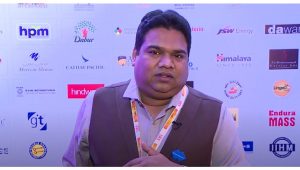 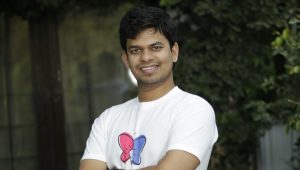