Micky Jagtiani, Chairman and Founder of the Landmark Group, started his retail business in 1973 with $6000 by opening a baby products shop in Bahrain, beginning a quintessential success voyage of excellence and international supremacy.

Always staying ahead of its competition, Landmark Group has expanded quickly and strongly into several verticals of food, hotels and leisure, while creating its own extraordinary network of logistics and distribution. Gradually and firmly evolving into one of the largest retail and hospitality conglomerates internationally with an establishment of more than 2,300 operational outlets, being managed by more than 55,000 professionals, the Group has embraced more than 30 million square feet of retail space across 22 countries. It entered the Indian region in 1999, and opened its first Lifestyle store, LIFE Trust, in 2000. Next, Spar Hypermarkets were conceptualized in 2008 and then the Group celebrated the opening of its 2000th store in 2015.

Offering its customers a diverse portfolio of about 60 world-class brands amalgamating in-house and franchise labels, it has created several category leaders.

Micky Jagtiani himself has conceptualized about half of these brand concepts, and has developed Landmark Group as the parent company of big players like Lifestyle, Max Fashion, Home Centre, Spar Hypermarkets and EasyBuy. In addition, Landmark Group has made an excellent mark in leisure, food, hospitality and healthcare sectors with Landmark Leisure, Balance Wellbeing 360, CITYMAX Hotels, Candelite, restaurant division Foodmark and iCare Clinics. Some of the prominent international brands of Landmark Group include Puket, Aerosoles and Reiss in addition to its hospitality division Zafran Indian Bistro, Carluccio’s & Fun Ville.

Its focus on making best options available to its customers has led it to become the largest importer of non-food items in the Gulf region. It also owns several labels & franchise rights for some leading global fashion names and footwear brands including the widely acclaimed shoe designer Steve Maddens. It also owns the Middle East franchise rights of the UK- based Fitness First chain. Micky Jagtiani also has a stake in Debenhams, which is hailed as the second largest apparel retailer of the UK.

Landmark International Foundation of Empowerment provides medical facilities and mid-day meals to underprivileged schoolchildren in India. It has also launched healthcare awareness initiatives such as Beat Diabetes and SHE programs.

Deeply committed to making a difference, the Landmark Group is focused on conducting its business responsibly, while ensuring the wellbeing of the society. As a Group, its committment extends towards making positive changes within the organization and the society. Leaders and employees are deeply aware of their responsibilities towards stakeholders, environment and society, and constantly strive to find new ways to improve the lives wherever they can, while reducing the environmental impact of their business activities. 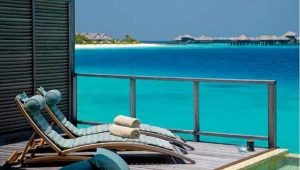 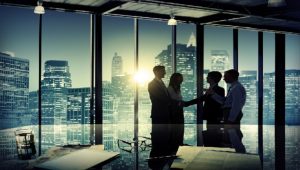