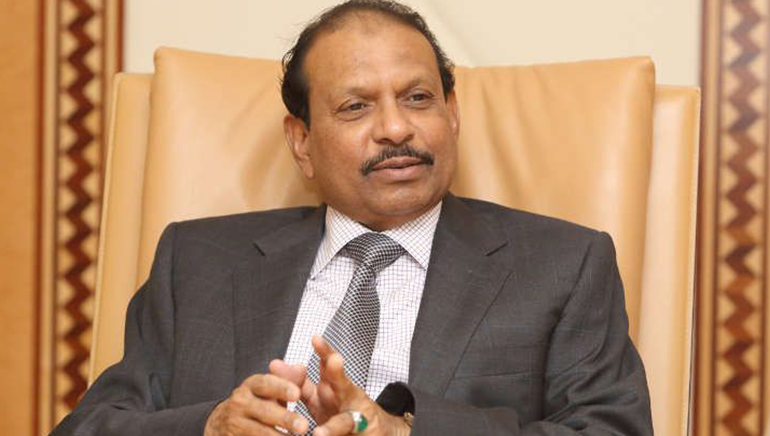 Born on 15 November, 1955 in the Thrissur district, young Yusuff completed his schooling from Natika. He later went to Gujarat to acquire diploma in the field of Business Management and Administration. From a very early age he fancied becoming a businessman.

In the year 1973, an 18 year old Yusuff left his homeland to join his uncle in Abu Dhabi who ran a manufacturing company there. Yusuff was a quick learner. Not only he clearly understood the business process but also started coming up with innovative ideas to boost their enterprise presence.

Yusuff developed the wholesale distribution of the group and soon set foot in the retail industry. With the launch of Lulu Hypermarkets, MA Yusuff Ali had marked his arrival in style. In the 1990’s when UAE was witnessing a sea of economical changes, Yusuff Ali found it to be the best time to take control and the company started rolling out Hypermarkets across the country.

With a motivated leadership and a dedicated employee bench, Lulu Group has bloomed day and night in the retail industry. The firm today has a hundred and fourteen supermarkets, hypermarkets along with grocery outlets and most of them can be found in the Middle East.

The company then started expanding across to other countries, and without surprise their products were widely accepted and the company now has a firm base in the Malaysian and Indonesian market.

The young boy from India might have left his motherland in search of a better future but he certainly never forgot his childhood. Lulu Group has significantly invested in the Indian Sub-continent. It owns a Lulu Mall and a couple of Marriott Hotels in Cochin. The company is engaged with building a technology park known as the Lulu Tech Park along
with the Grand Hyatt hotel.

Mr. Ali as has also revealed his plans about investing four hundred and thirty five million dollars in Telangana, a southern Indian state which will have a chain of supermarkets, malls and convention centers.

Yusuff Ali has never settled with the things he and his company have achieved. He is known for his never ending curiosity and will to do something new in every aspect of life.

The 62 year old tycoon is now thinking towards vividly expanding into the hospitality sector and the group has already started working towards realizing this dream. Lulu Group International recently signed a $170-million agreement with London-based property developer Galliard Homes to create a five-star hotel at the site of the original Scotland Yard Police Station in London.

Not stopping by with the hospitality industry, MA Yusuf Ali is also a major player in the retail banking sector. Mr. Yusuff has always emphasized on the need of a good and capable team. He believes in the fact that the leader is only as good as his team. Under the employment umbrella of Lulu, come more than 35,000 people from 37 nationalities.

Mr. Yusuff is renowned for his philanthropic character as he is very actively involved in social and humanitarian activities across India and West Asia. MA Yusuff is a proud father of three daughters and makes sure that he spends enough quality time with family. His work has been recognized by the Indian government and he has been bestowed with the Padma Shri Award in 2008 and Pravasi Bharatiya Samman in the year 2005.