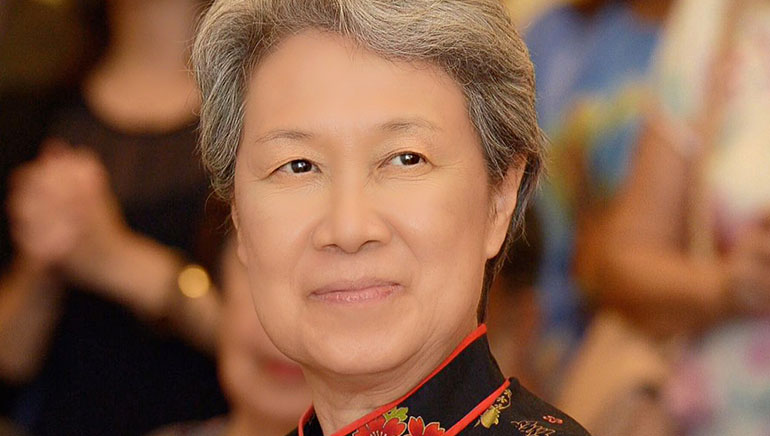 For most magnates, the inner circle comprises as a select group of only the most trusted ones, but for Madam it’s bigger, as there is a nation that believes that she is the Woman to Watch. Being the wife of the current Prime Minister of Singapore, Madam Ho Ching is the most looked upon personality of the Asian origin.

Madam Ho Ching is definitely the force to be reckoned with as she is a part of the Power Woman list every year and has recently helped guide her firm to a $266 billion portfolio last year.

It’s no secret that Singapore is the most vibrant city of the Asian subcontinent when it comes to the diversity of people working there, in a fragile environment; she is taking the Singapore government’s investment firm, Temasek Holdings to great heights. She has scaled major investments including portfolios like major Chinese banks, Lloyds, Standard Chartered, Alibaba, Singapore Airlines etc.

Her not settling for less is now making Singapore discover new things about Madam Ho Ching. Just under a third of the brand portfolio is invested in Singapore, with 41 per cent in the rest of Asia and 24 per cent spread across North America, Europe, Australia and New Zealand.

Starting in the early 1976, Madam Ho Ching kicked off as an engineer with the Ministry of Defence. A large part of her dedication towards Singaporeans comes from her serving as the Director, Defence Materiel Organisation, the defence procurement agency of the Ministry, and chaired the concurrent position of Deputy Director of Defence Science Organisation (DSO).

She went on to join the Singapore Technologies group in 1987 as Deputy Director of Engineering and took on various senior responsibilities, before becoming its President and CEO in 1997. The repositioning and steeping growth chart in the past five years is surely credited to her kitty. She played a vital role in the formation and listing of Singapore Technologies Engineering as the largest listed defence engineering company in Asia in 1997 and also became its first
Chairman.

She is a woman known for her bold corporate decisions, which includes investing in Indian and Chinese telecom and banking firms. Ominously, underlying the market difficulties to set up both the brand and position the city as one of the most important ones in Asia, Madam Ho Ching surpassed every odd and served as the chairman of the Singapore Institute of Standards & Industrial Research (SISIR), and as deputy chairman of the Productivity and Standards Board (PSB), and the Economic Development Board (EDB).

It was Madam Ho Ching’s dogged determination which helped expand Temasek’s investment vertical in tough business environment. Temasek, which is owned by the Ministry of Finance, reported a total shareholder return of 1.5 percent for the 12 months ended March 31, 2014, down from 8.9 percent in the previous year and an average 16 percent a year since its inception in 1974. Its assets rose to a record S$223 billion ($163 billion), helped by an S$5 billion capital injection from the government.

One can see the clarity of perception by Madam Ho Ching, the CEO of the brand from it stating good governance and sustainability underpin as the things that they do as an investor, institution and steward. She strongly believes that sustainable long term returns depends on stable, well-functioning and well-governed social, environmental and economic systems.

This is why, aside from their role in investments, additionally they also have six non-profit foundations to focus on building a better world through education and innovation, caring and sharing, building bridges and promoting an Active, Beautiful & Clean world.

It was the vision of Madam Ho Ching that the brand established 17 endowments from the day of its inception. These endowments and philanthropic entities aim to build people, build communities, build capabilities and rebuild lives. To date, they have touched the lives of more than 300,000 people in Singapore and Asia.

In 2003, a policy was to contribute a portion of the annual returns above risk-adjusted cost of capital to the communities. Madam Ho Ching made sure that this money is used to seed endowments, and also establish new ones from time to time to tackle emerging needs in the community.

It was under the esteemed guidance of Madam Ho Ching that the brand established Temasek Trust in 2007 to independently provide financial oversight and governance of Temasek’s philanthropic endowments and gifts. The Trust is responsible for the disciplined and sustainable disbursements of the endowments and gifts to Temasek’s six Foundations, which in turn are guided by their respective strategic thrusts and mandates to drive their community programmes.

Securing accord from a smarter world, Madam Ho Ching positioned Temasek to take concentrated positions with a long or short time horizon, invest, divest or remain liquid when it makes sense. Being a commercial investment company governed by the provisions of the Singapore Company Act, their governance framework emphasizes substance over form, and long term over short term, and put institution over self. It provides for accountability and a robust balance between
empowerment and compliance.

She as a poised leader has led Temasek to be an institution which has its stake in the well-being of our larger community. The brand recognizes that the environmental, social and governance factors which impact both long term sustainability of companies and businesses and the value of life.

The hardest decision taken by an entrepreneur is when it is tempting to stick with a run of financial success for as long as possible but it’s also important to understand what you will leave on the table if you wait too long to cash out, especially when the family needs you by the side.

But some people have a clear understanding of the situation and they take no more than a couple of minutes to take the right step. Madam Ho Ching began her sabbatical in April following the surgery in February of her husband, Prime Minister Lee Hsien Loong, after he was diagnosed with prostate cancer. Lee’s father, Lee Kuan Yew, who was Singapore’s first prime minister, died on March 23. She very gracefully stepped down to arrange the family affairs of the man
who led Singapore to independence in 1965.

After the sad dismissal of Mr. Lee Kuan Yew, the issue of leadership succession has come to the forefront.

It was Madam Ho Ching who stood strong at the time of family loss while Prime Minister Lee Hsien Loong stressed the importance of leadership renewal in his May Day Rally speech, stating that finding good future leaders for Singapore was the most crucial issue in the next general election.

The leave period was further extended till October and at the time of her absence, it was Temasek president Lee Theng Kiat, who had temporarily taken over her duties and continued to cover the company’s normal business. “She may be on sabbatical on paper, but she still makes the big decisions and gets consulted. It shows she has confidence in the team that’s currently in place to run Temasek day-to-day when she’s on leave”, stated an economist at CIMB Private Banking in Singapore.

Today what Madam Ho Ching has achieved is big, for she has managed to take her status of being a “leading lady in business” and write a success story which
is idolized.

There are so many firsts in what Madam Ho Ching has achieved by being the leading lady in business and then making it stick. To be desirable in the land filled with varied class and culture of people is perhaps even harder than to be successful in the trade fraternity. The philosophy of not compromising on the well-being of their citizens has made her different from several other preeminent compatriots who are doing good.