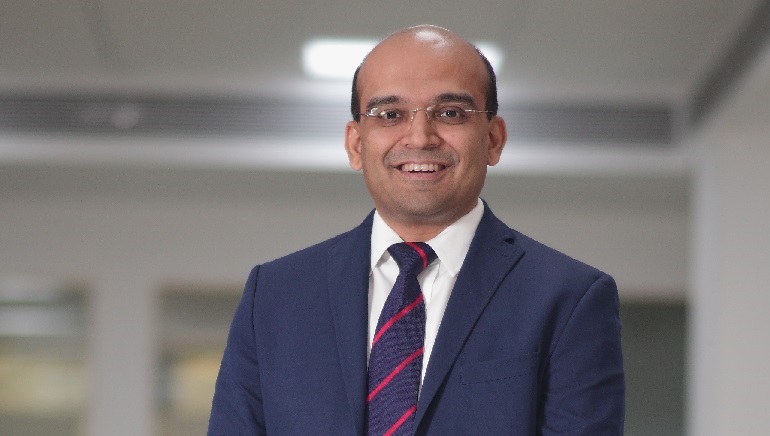 The world needs peace’ it all begins with this. We all strive to work for change, change which is said to be inevitable.

‘Empowerment, freedom and selflessness, together we could win a war, together we could inspire them all’ To preside over a Group of about 790 employees has been a venturesome journey for Mr. Malav Dani. The Hitech Group has reached a pinnacle of success under his leadership.

Along with possessing qualities to maximize the profitability, innovative capability, progressive efficiency, Malav is an individual devoted to the path of selfless service and betterment of the people. He sees the world as one family “Vasudhaiva Kutumbakam”, one single functioning unit, aspiring to spread happiness in every sphere of life.

With this aspiration, Malav set up a separate non-profit foundation under the name ‘Sab Ka Mangal Ho’ meaning Wellness for All’, to adroitly organize Yoga and value education training at orphanages around the country, health care drives and natural resource management projects. He has also dedicated his energy towards making Yoga easily accessible through improved Yoga products, teaching modules and other avenues, world over.

During recent years, Malav has spearheaded several committees of the Indian Merchants’ Chamber to execute its vision in varied capacities. Owing to his noteworthy work, he received numerous awards and recognitions including the Yuva Icon Award in 2010, presented by Dr. A.P.J. Abdul Kalam for dis- playing exemplary determination. The same year, Malav led a delegation, the Gujarat Exploration Tour to celebrate the ‘Spirit of Gujarat’ and was felicitated by Shri. Narendra Modi, the then Chief Minister of Gujarat.

Furthermore, The Institute of Economic Studies (IES) honoured Malav with the Udyog Rattan Award, recognising him as the ‘Jewel of Industry’ in 2014. A year later he also presented the Roadmap to improve India’s Ease of Doing Business ranking to the Joint Parliamentary Standing Committee on Commerce of Rajya Sabha.

The new age entrepreneur has received many accolades over the years, being felicitated with the ‘Business Excellence and Innovative Best Practices Award’ by Hon’ble Pranab Mukherjee, Former President of India and Ambassador of Japan H.E Kenji Hiramtsu and T. K. A Nair, former advisor to the Prime Minister of India, for the most distinguished services rendered by him towards nation building.“Be aware, be equanimous” is what Malav wants to propagate through every soul in his vicinity. Freedom of thought and freedom of expression to achieve infinite freedom of self to unite with the Lord is a prevalent gene of the Hitech Group. Malav has completed the Information Management Leadership Program (IMLP) & the Quality Six Sigma Black Belt Program and has tactfully implemented these theories in the business. The concept of ‘Intrapreneurship’ that empowers employees to hone their supplementary skills and lead with a purpose, has undoubtedly distinguished the organization from the rest in the industry. The Hitech Group has received several prestigious national and international awards for its corporate performance such as ‘Asia’s 100 Best & fastest Growing Manufacturing Companies of 2013-14 by WCRC – World Consulting and Research Corporation, the ‘Asia Pacific Entrepreneurship Awards’ 2015 and 2019, with a ‘Certificate of Achievement in the Corporate Excellence category’, for demonstrating sustainable growth, responsible leadership and operational excellence.

The group has also been recognised as a healthy workplace offering the best environment for physical, mental and emotional health for its employees, awarded the ‘GOLD level’ of Arogya World Healthy Workplace Awards in partnership with Clinton Global Initiative and Public Health Foundation of India.

In the year 2015, Malav addressed the American Council of Young Political Leaders with a unique compendium of world peace called ‘Give Peace a Chance’, asserting the importance and need of harmonious development of the people.

Hitech Corporation, a major part of the Hitech Group was honoured with the title of ‘India’s Most Trusted Company 2017’ by the International Brand Consulting Corporation (IBC), USA. The Berkshire Media LLC in USA selected Hitech as one of ‘India’s Best Company of the Year Award 2018’ for its creative and innovative contributions to the industry. With the huge gamut of worldly things that we all are exposed to, Malav has filtered a few and aspires to do justice to the choices that he has made. The perfect blend of spirituality with the spirit to make a difference is what drives him every day.

As he puts it, “the scriptures have already identified what needs to be done, all we have to do is To-Gather every bit, to ’Look at the blissful – bigger picture’, to create the magic for ‘Sab Ka Mangal Ho’ or the ‘wellness of all’, to trigger the wave of ‘MeFree’ – the need for liberating thyself, to unite with the ultimate consciousness and complete the puzzle of life.” From teaching Yoga across orphanages around India, to creating the best quality Yoga products, along with leading the operations for the packaging and chemicals business, is just the beginning for Malav. Over the years, constant improvement in all aspects to make lives easier for everyone else, is his key
to success.

Malav has a global vision to amalgamate all good and worthy, growing his confraternity with enthusiastic, dedicated people for the global welfare. “Look for the iridescence in each soul, the mind is limitless, the goal is to be one, it is to illuminate and to be free”, he reinforces.