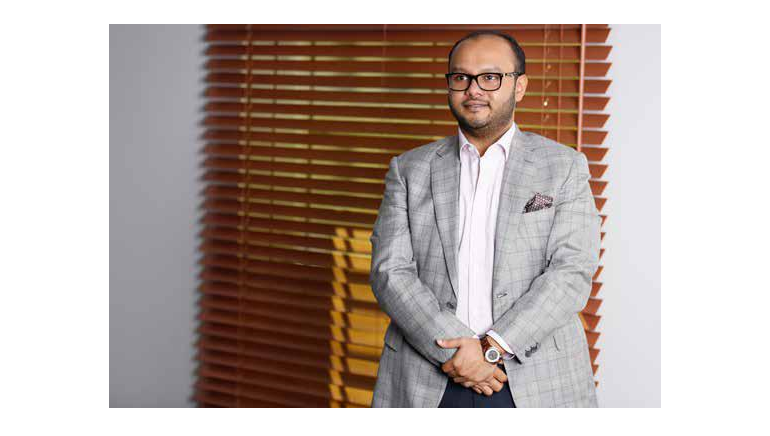 Fascinated by machinery and equipment since childhood, Mr. Safwan Sobhan Tasvir was keen on pursuing engineering as a kid. However, what inspired him more was the great business acumen, his father Ahmed Akbar Sobhan, the founder of Bashundhara Group held, and he went on to study business to take the lineage forward.

Since its inception in 1987, Bashundhara Group had diversified into a number of industries other than the pioneering real estate venture in front of Mr. Tasvir’s eyes. It was the first private sector company to introduce the large scale paper mill in Bangladesh and was getting diversified into several other enterprises including cement mills, shipping lines, steel complexes, food & beverages, media and trading companies. All this inspired the youngest of the four sons of Mr. Ahmed Akbar Sobhan to join the force.

Today, he is the Vice-Chairperson of the Group and has overlooked further diversification of the business in spaces like technology and media. He says that everything that he is today is because of his inspirational father. Mr. Ahmed Akbar Sobhan reckons the invaluable support and guidance that his father has extended towards him have helped him a strong leader.

While Mr. Safwan Sobhan Tasvir was born in Bangladesh, he spent his growing years in the United Kingdom. He completed his schooling from Shiplake College Oxfordshire and further attained his graduate degree in Business Studies (Management) from American InterContinental University before moving back to his home country and supporting his family in running Bashundhara Group and its many daughter companies.

As a business leader, his focus remains on opportunity-creation for the nation. He seeks a holistic business growth that is equally beneficial for group partners and the whole Bangladeshi economy. The key to achieving this is the constant innovation he motivates his team to indulge in. Under his astute leadership, the Group keeps on trying to remodel itself on a regular basis and stay updated with the recent trends to remain competitive in the business arena.

The new investments are filtered through an import-substitute lens. They look within the country and its industries with the help of a dedicated research team and sign up contracts with local players. The research and development department also helps the group in producing certain material in-house as well. For example, the Group has recently started production its own Bitumin plant, which will cater to the growing demand of the Bangladeshi infrastructure industry, while saving a lot of foreign currency.

For his outstanding contribution to the commercial sector, Mr. Tasvir has been recognized as a ‘Commercially Important Person’ (CIP) by the Bangladesh government. He got the reward for his work in the largescale industry sector.

Mr. Safwan Sobhan Tasvir is known for his well-mannered and down-to-earth personality. He always greets people with a warm smile and maintains a good social rapport. His penchant to learn new things and contribute to meaningful conversations make him a pleasant personality to be around.

A father of two, Mr. Tasvir also dedicates the much required time to his family as well. His busy schedule never deters him from spending quality moments with his wife and his kids. He has struck a beautiful balance between his personal and professional life and inspires his employees to do the same.

He also makes sure that he gets enough time out for his hobby of sports as well. He is born into a family of sportspersons, which includes legendary hockey player Abdus Sadque, who is his uncle. Even Mr. Tasvir’s father and the founder of Bashundhara Group was a champion at many sports. Mr. Tasvir plays sports like cricket, golf, tennis, and squash.

He was also made the President of Sheikh Jamal Dhanmondi Sports Club in 2017. He is also the proud owner of the BPL (Bangladesh Premier League) franchise ‘Rangpur Riders’, the champion team of 2017 tournament.

Mr. Tasvir is also an amateur aviator and takes a keen interest in the game of golf, which he has been playing since he was twelve. He has also been working on creating a private golf course for Bashundhara Group to promote the sport. He is also very passionate about promoting local golf & its players and has been sponsoring them for various leagues. His undying spirit towards the sports makes him a popular name among the young sports enthusiasts as well.

Mr. Safwan Sobhan Tasvir believes that with great success comes great responsibilities and therefore takes a personal interest in all the CSR activities of Bashundhara Group. The group has been helping a lot of people in need with its extensive support programme, which includes services like free eye checkups, cheap medical care, a special children foundation for autistic and underprivileged kids, and an orphanage among others. His philanthropic efforts are also extended to people in distress who do not have enough resources to deal with harsh winters. Mr. Tasvir’s business acumen and his amiable personal side make him a leader par excellence. He has made not just his family but the entire country proud of his achievements. He is today one of the biggest names in the Asian business circuit & has gained a lot of respect from his counterparts for his honest efforts to grow the local business. But he is not resting here. He is willing to take his success a notch higher & make Bashundhara Group one of the biggest conglomerates globally. Therefore, he is continuously expanding his skillset & diversifying the group offerings. Mr. Tasvir admits that he is a passionate businessman & that’s the only skill that is going to help him achieve all his dreams & support business growth.