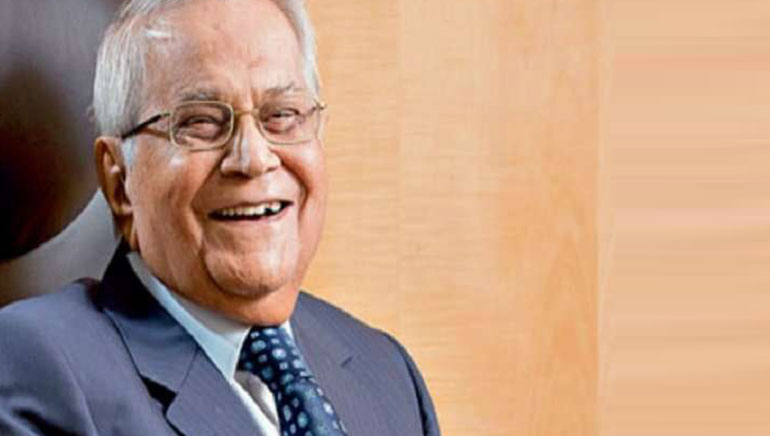 A spearhead of the Indian pharmaceutical industry, Samprada Singh has transformed Alkem Laboratories to reach as many as 55 countries worldwide through his dynamism, vision and leadership. Under his leadership, it is poised for greater times ahead with spectacular growth & production of high-quality branded generics, generic drugs, active pharmaceutical ingredients and neutraceuticals

Founded on 8 August 1973 with a meagre capital of Rs 5 lakh, Alkem Labs under the dynamic leadership of Mr. Singh has spread its wings overseas and has become a name to be reckoned with in the pharmaceutical industry. One of the most respected and successful entrepreneurs of the Indian pharmaceutical industry, he is Chairman Emeritus since April 1, 2015, of Alkem Laboratories Limited.

Having started the company from scratch, he has been able to put the company on the consistent growth path through tremendous dynamism, vision and leadership. The credit for making the company sail through its various stages of progress from the beginning goes to him.

Having started his career as a retail chemist in 1953, Mr. Singh developed excellent rapport with a large number of pharmaceutical companies. Because of his hard work, honest behaviour and cordial nature, this relation resulted in the offer for sole distributorship of many pharma companies for the state of Bihar, which he started by the name ‘Magadh Pharma’. However, he did realize the limitations of expanding the distribution business, and, in the year 1972, became the founder director of a Bombay-based pharmaceutical company and selected healthcare and pharmaceuticals as his focus area as an entrepreneur. A focus on excellence in products, personnel, quality and service has been the driving force of the company since early days of Alkem Laboratories Ltd.

Mr. Samprada was honoured with the ‘Life Time Contribution Award’ in 2004 by the Express Pharma Excellence Awards, a prestigious award also known as the Oscar of the Indian pharmaceutical industry.

a dynamic Personality with social resPonsibility

Born in a Bhumihar Bramhin family in Jehanabad, Bihar, Mr. Singh wanted to be a doctor. However, as his dream of being a doctor could not be fulfilled, he set out to explore other options. He did his B.Com. honours from Gaya College, Patna University, and demonstrated dynamism through various student activities during the years at college.

He is a self-made entrepreneur and as a result of his strenuous efforts throughout, Alkem now has a portfolio of more than 700 branded generic drugs and commands market leadership in select key therapeutic areas in the Indian pharmaceutical market.

Mr. Singh is the oldest entrepreneur in the pharmaceutical industry and has spearheaded Alkem to become the fifth largest pharmaceutical company in India in terms of domestic sales.