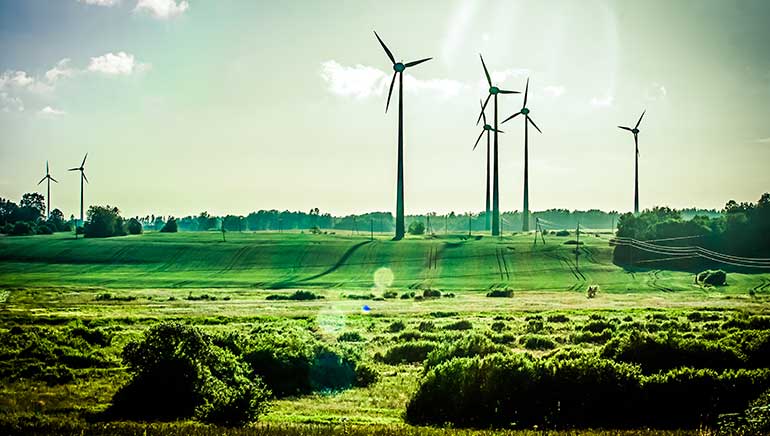 Suzlon Energy Limited began its operations in 1995 in Gujarat, at a time when the world’s renewable energy arena was dominated by well-established international players. By the year 2003, Suzlon’s expansion led to the installation of its first wind turbine generator in the USA. Having established a capacity of around 17GW of wind – globally, with 24/7 surveillance of wind turbines across the world and several upcoming solar installations, Suzlon’s empire now spans 6 continents covering 18 countries, standing tall as one of the world’s largest producers of wind turbines.

In India, Suzlon has grown to be recognized as the largest wind asset management base in the country with an impressive 36% market share. It is the custodian of the 4th highest installed power capacity in India. Around 11,000 MW of its installations are spread across key Indian wind states including Andhra Pradesh, Gujarat, Karnataka, Kerala, Madhya Pradesh, Maharashtra, Rajasthan, Tamil Nadu and Telangana.

Suzlon has set up 15 manufacturing units in India and China supported by 8 R&D facilities in the country alongside Germany, Denmark, and the Netherlands. It has also successfully established subsidiaries in Spain, Portugal, Turkey, Nicaragua, Romania, and Bulgaria. The company recently launched the S111 2.1 MW in North America where it encompasses 21 states, three provinces, and two countries. Suzlon Energy Australia has captured 25% of the Australian wind energy sector, marked by a particularly humble start with 10 employees and progressing to a workforce of over 350 in 2011. Suzlon is also pursuing extension plans in Russia, CIS, MENA and South East Asia domain.

Suzlon has had an extensive share of its proud moments with the commissioning of its 10,000th WTG at the Artilleros wind farm in Uruguay, signing agreements with Dilip Shanghvi Family and Associates (DSA) for equity investments of Rs. 1,800 Crore.