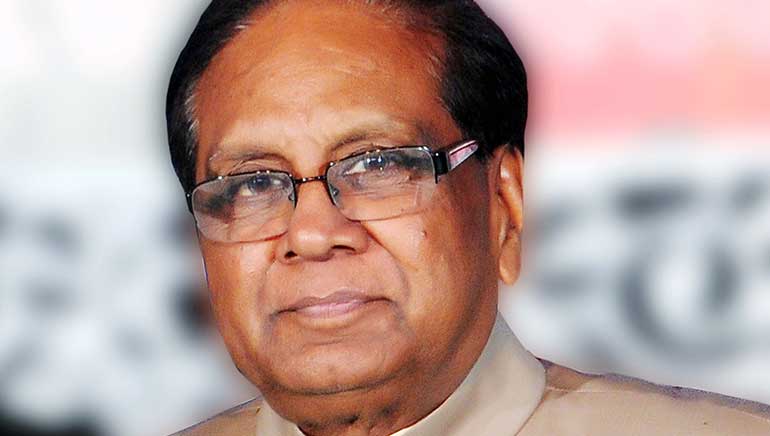 Always believing in having a big vision and taking small steps to reach there, the Director of V K Modi Group, Mr V K Modi is simply industriousness personified. Consistently working earnestly to achieve his goals has been the ultimate motive of his life BY RICHA SANG

Efficiently donning various roles and responsibilities with élan, Mr Modi is ever ready to share his expertise and experience with the future generations. Believing in the power of education to reform the society and being deeply inclined to the cause of education, he is currently serving as the Chairman of Atal Bihari Vajpayee Indian Institute of Information Technology & Management, Gwalior and was nominated by the Ministry of Human Resource Development, Government of India, for this esteemed position. He is also the Chairman of Gujarat Guardian Limited and Modi Rubber Limited and the Director of Modi Industries Limited.
Apart from being an erstwhile student and the member Governing Body of The Scindia School, Gwalior, he is also the recipient of Madhav Award from them. In addition, he is actively involved in various CSR activities as the Chairman of GM Modi Charitable Trust. He is leading the industry as the Chairman of M/s Modi Rubber Limited and Director of Modi Industries Ltd. and RB Multanimal & Sons Pvt. Ltd and President of Kirpa Devi Trust Fund Society, Meerut.

An alumnus of the renowned Scindia School, Gwalior, Mr Modi acquired a Bachelor of Technology Degree from IIT, Kanpur, in the field of Chemical Engineering in 1965. Thereafter, he took the reins of family business and ventured into managing Modi Steels. He was also instrumental in setting up an automotive tyre factory at Modipuram in 1974 in collaboration with Continental AG Germany. Within a short span of time ‘Modi Continental Tyre’ became a brand leader in the truck tyre category. In 1981, under his leadership, the group acquired Firestone Indian Ltd. One of his significant accomplishments was the establishment of One Million Ton/PA Cement plant in Madhya Pradesh in collaboration with Blue Circle of UK in 1986. Thereafter, in 1990, he set up a large capacity diesel engine manufacturing company in collaboration with Mirrlees Blackstone of United Kingdom (UK) at Aurangabad, which has now merged with MAN Diesel & Turbo of Germany. His accomplishments have been recognized by the Central as well as the State Governments. This is quite evident from the fact that he was nominated by the Government to serve as a member of various committees. One of the major accomplishments of Mr V K Modi is his rehabilitation of Modi Rubber Limited (MRL) in the year 2008, which was closed in 2001 and declared sick in 2004. Thus, he created a landmark in the history of Corporate India by setting an example, of immense dedication, courage, great self-belief and perseverance.

THRIVING UNDER A RICH LEGACY

The foundation stone of Modi Enterprises was laid by a simple, kind-hearted man, Mr Ram Baksh Modi when he started a small family-run business. Mr. Chiranji Lal Modi, took over the business after Mr R B Modi passed away in 1857. Under his able leadership, the family arranged for supplies for the British cantonment from Kanpur to Peshawar. He started his career as a commission agent of food grains in Patiala and in 1894, owing to his industriousness, he bought the very mill to which he regularly supplied wheat. Thus, Mr. Chiranji Lal Modi was not only selected as the honorary magistrate but also the City Father of Patiala and on August 09, 1902 he was blessed with his first son Gujar Mal Modi in Kanaur. In 1920, at the age of 18, Mr G M Modi discontinued regular schooling, continuing his education through private coaching and became actively involved in the family business, learning from practical experience. From 1920 onwards, he revolutionized the Indian economy and industrial space. Mr V K Modi has not only learned from the wisdom of his ancestors but has also played a significant role in the expansion of the business empire established by them.

Owing to Mr Modi’s exemplary leadership, the V K Modi Group is marching ahead with revenues of Rs. 2000 crores and a team of 1600 members. Diversifying into varied sectors and domains, the Group is flourishing with each passing day and is consistently reaching the zenith of success.

Under the visionary guidance and able leadership of Mr V K Modi, Gujarat Guardian Limited (GGL) has emerged as India’s first and leading float glass manufacturer under the brand name ‘Modiguard’. As a member of a group of companies led by Guardian Industries Corp. (U.S.A), Gujarat Guardian Limited has a strong emphasis on the pursuit of growth and excellence of its people, product and services. As the industry-leader, the company has a strong network of dealers and authorised retailers and the name MODIGUARD® enjoys strong brand image and strives to maintain its focus by providing exceptional customer service. The Group holds the esteemed distinction of being the largest tyre manufacturers with a production capacity of 1.2 million. Its travel domain extends the network of more than 750 locations across 6 continents. The Group also promotes unique franchising interests in different spheres such as travel, education and grooming space.

Being a learned personality and completely realising the importance of education, Mr V K Modi’s able guidance has led to the wonderful expansion of the educational tier of the Group into more than 250 schools worldwide including 102 schools across India, Sri Lanka, Bangladesh and Nepal. Mr Modi also inspired the Group to venture into the Advertising sector around 25 years ago, and its exceptional work has been recognized in the form of the awards it received. The Group is thriving quite well under Mr Modi’s able leadership and is intensifying its current operations as well as eyeing expansion by diversifying into new businesses by way of acquisition and joint ventures, with technology as the key focus for all new partnerships. It is in the process of setting up a coater plant, with an investment of $55 million, which will be operational by December 2017.

Believing in the power of education to reform the society, Mr Modi is planning to invest in the education sector by way of acquisition as well as setting up new schools and is looking forward to upgrade K-12 schools to the international level, expanding the reach of quality education to children in the upcoming Tier-II cities. Under his exemplary leadership, the group has seized great potential in mechanised hollow brick technology, especially in view of the ban imposed by the regulatory authority with respect to pollution and emissions, having initiated dialogue with the world leader in this space. Additionally, the group intends to tap its real estate assets by launching new projects.