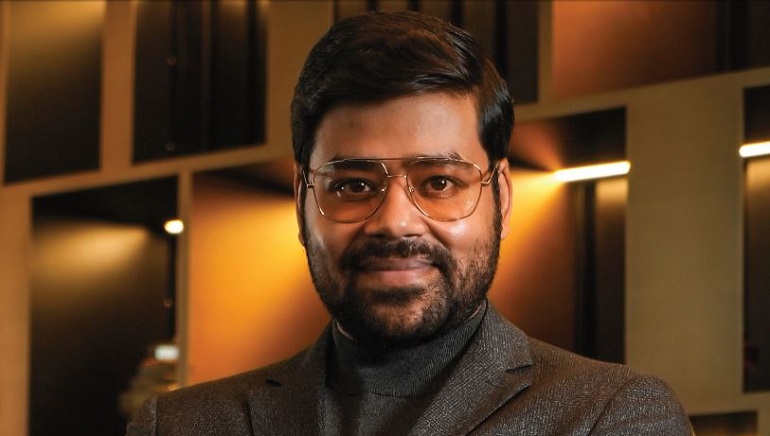 Time and again we have witnessed many leaders and entrepreneurs who defeated all odds and emerged victoriously. Almost all entrepreneurial journeys are rife with trials and turbulences. But, the journey that Mr. Gattani took upon himself is something that comes by far and few in between.

RISING FROM THE ASHES

IDC Technologies started in the year 2003 in Milpitas, CA. Soon the company started getting buried in debts. When Mr. Gattani took over IDC in 2007, the company was reeling under heavy debts and an uncertain future and was mostly written off. The company was about to be absorbed by a $50 Million premier technology aggregator. Unwilling to give up, he took over the reins and turned the business around. Young and enterprising, he had a fresh vision to his approach. He spent the first two years paying off the vendors and other debtors and after that started the journey of rebuilding IDC. Under his leadership, the company sore like never before. Today, IDC Technologies revenue tornover from global operations is approx. $750 million. He established the company as a prominent player in the segments of IT Consulting, BPO Services, Remote Services and has also recently started operations in software services.

Mr. Gattani is a prime example of rising from the ashes in the world of business. His story is one of great gusto and determination. Mr. Gattani rebuilt the company slowly and steadily. From Staff Augmentation (Contract, Full Time, MSP, RPO), IT Project Managed Services to BPO Services, Payroll & HR Solutions, IDC is now a one-stop destination for everything. Under Mr. Gattani’s leadership, the company has grown to be a 10000-employee business with a widespread presence across the USA, Canada, UK & Europe, Singapore, Malaysia, UAE, Australia, New Zealand, India, Brazil, and Costa Rica. Mr. Gattani ensured that the business had a firm foundation. He built each vertical to be strong and self sufficient. The company now possesses extensive expertise and experience in a variety of technical fields, with which it can design customized business solutions. Its solutions include Infrastructure Support, Application Development & Support, Product Engineering, Emerging Technologies, etc. Mr. Gattani has always put a firm emphasis on delivering quality. He has built the business on the strong and unrelenting foundation of integrity, quality, and teamwork.

He has shared several times how this journey was tiresome, to say the least. There were many points where he wanted to quit. But he decided to go on and his risk finally paid off.

With the help of Mr. Gattani, IDC Technologies has risen to become an industry leader. He managed to rebuild the business through capacity building and focusing on the 3 Ps that are people, processes, and product (innovation). Mr. Gattani always had the vision to see the bigger picture and not focus too much on the short-term goals. He knew that there is light at the end of the tunnel. He began to provide services at lower costs and at the same time started increasing the human resource of the company. This resulted in the decreased dependency on looking outside the company for any functions and IDC Technologies became independent gradually.

When IDC Inc. was born in India the economy was suffering through a recession. It was Mr. Gattani’s continuous efforts that made the company wither those difficult years. It emerged through the recession to become a global leader in the IT consultation industry. Under his leadership, IDC developed at the rate of 75% every year and reaped the success that no one had thought of. Mr. Gattani and his team have made sure to build the right team and hire all the right people who have experience and knowledge about the business environment and who can provide exceptional quality services in a very short period, this is what makes them stand apart from their peers. Mr. Gattani is also very particular about keeping the employees motivated. Outdoor activities, incentives, volunteer activities, and more are organized to help employees stay motivated and enjoy their work. Mr. Gattani promotes open communication. For him, discipline and the satisfaction rate of the employees are equally important. All ideas are given an open platform and anyone can come up to share their inputs with the management. The same is with problems, anyone can come up and raise concerns with the leadership and it is ensured that all issues are resolved together as a team.

He is now working to build upon these laurels. His sole focus is now on expansion and developing better solutions for the coming times. In the past five years, IDC has seen immense growth and now Mr. Gattani is all set to go beyond. As of now, IDC has a presence in several countries and now he is looking to expand in regions like APAC, MEA and Europe by strategically involving itself in key acquisitions and mergers.

Mr. Gattani is a true example of how hurdles can be used as stepping stones to move ahead. In his endeavor of picking up IDC Technologies from ashes and rebuilding it, he has written history.