During Lee’s more than three decades’ rule, Singapore transformed into the most prosperous nation in Southeast Asia.

Harry Lee Kuan Yew was born on September 16, 1923 in a wealthy English-educated Chinese family that had resided in Singapore since the 19th century.
Lee studied first at Singapore’s Raffles College (now National University of Singapore), excelled in the examinations, and went to England to study Law at Fitzwilliam College, Cambridge University, where he graduated with double starred first-class honours in Law. Lee married a fellow Singaporean student in Cambridge University, Kwa Geok Choo, secretly in London in 1950, and then remarried her in Singapore on September 30, 1950. The same year, he was admitted as a barrister of the Middle Temple, England; however, he returned to Singapore and started the law firm Lee & Lee with his younger brother and wife in 1955.

“He is one of the legendary figures of Asia in the 20th and 21st centuries. He is somebody who helped trigger the Asian economic miracle.”

During World War II, the Japanese conquered Singapore from British and occupied it from 1942 to 1945. Lee learnt Japanese and worked as a Japanese translator during the Japanese occupation of Singapore, and learnt in those three years how government and power could be used as the vehicle for revolutionary change and how punishment could deter crimes. He and other young Singaporeans were determined that neither Japanese nor British had the right to “rule” them and they could govern themselves. He also observed that British had failed to defend Singapore from the Japanese, and he decided to omit his English name, Harry, and be known as Lee Kuan Yew.

Lee didn’t become the Prime Minister of Singapore by chance or with ease; actually, he struggled hard and rose through the ranks of his country’s political system. On November 12, 1954, Lee founded with a group of English-educated men the People’s Action Party (PAP) in alliance with pro-communist trade unionists. Their aim was to attain self-governance and end the British colonial rule. In 1955, under the new Singapore Constitution introduced by the British, 25 out of 32 seats of the Council were made electable. In the elections that followed, Labour Front won 13 seats, and PAP won merely 3. Lee won the Tanjong Pagar seat, and became the opposition leader in the coalition government led by the Labour Front. Being part of the Council, he represented PAP twice in London during discussions over the future status of Singapore. In 1958, Lee helped negotiate what Singapore’s status would be as a self-governing State, and a new Constitution was formed, under which elections were held in June 1959.

“In the end, my greatest satisfaction in life comes from the fact that I have spent years gathering support, mustering the will to make this place meritocratic, corruption-free and equal for all races – and that it will endure beyond me, as it has.”

PAP won 43 of the 51 seats in the assembly, and Singapore was given a self-governing status except in matters of defence and foreign affairs. Lee was sworn in as the first Prime Minister of independent Singapore on June 5, 1959.
On September 1, 1962, Lee held a referendum in which the “NO” option was not allowed and 70% of Singaporeans voted that they wanted to be independent of the United Kingdom and make a federation with neighbouring States. Lee declared Singapore’s complete independence from Britain on August 31, 1963; dissolved the Legislative Assembly; and called for an election to form a new pro-merger government. Singapore joined Malaya, Sabah and Sarawak to form Malaysia on September 16, 1963.
However, leaders of the State of Singapore and the Federal Government of Malaysia found themselves distrusting each other and frequent disagreements related to economics, finance and politics emerged between the Singaporean and Malaysian Federal governments. In July and September 1964, race riots between Chinese and Malays took place in which 23 people were killed and hundreds were injured. Amidst worsening ties, in 1965 the Malaysian Prime Minister, Tunku Abdul Rahman, decided to expel Singapore from the Federation. On August 9, 1965, Lee held a televised press conference where he declared emotionally Singapore’s separation from Malaysia and declared its full independence. At the end of the conference, the Malaysian Parliament passed a resolution severing Singapore’s ties to Malaysia, and the Republic of Singapore was created.

“Lee helped Singapore transition from a developing country to one of the most developed in the world, transforming it into a thriving international business hub.”

Lee guided Singapore through a traumatic split with Malaysia in 1965, and then in a single generation transitioned Singapore from the status of a third-world country under British dominance to a developed country. Lack of natural resources, very limited defensive capability and primary dependence on Malaysia for water supply were main challenges of the nascent government of Singapore. Lee first got Singapore international recognition by joining the United Nations on September 21, 1965, and then founded the Association of Southeast Nations (ASEAN) on August 8, 1967 with four other South-East Asian countries.
Undoubtedly, Singapore needed a strong economy to survive as an independent country, so Lee introduced a five-year plan and encouraged foreign investment to work for urban renewal, new public housing, greater rights for women, educational reforms and industrialization, and soon transformed Singapore into a major exporter of finished goods. By the 1990s, Singapore had become one of the world’s most prosperous nations, with a developed economy, strong international trading presence and the second-highest per capita GDP in Asia after Japan.

Lee had a choice of staying in office for as long as he wanted; however, on November 28, 1990 he preferred to hand over the reins of the country and the ruling party to the younger generation. Goh Chok Tong became the second Prime Minister of Singapore, and appointed Lee as Senior Minister, a post Lee held until 2004 when his elder son, Lee Hsien Loong, became the nation’s third Prime Minister. After 2004, Lee served as an advisory Minister Mentor until he left the cabinet in 2011 after a continuous ministerial span of 56 years. He served his Tanjong Pagar Constituency as an elected Member of Parliament for nearly 60 years, till his death in 2015.

In February 2015, Lee Kuan Yew was hospitalized with pneumonia, and in March, he was on a ventilator, in critical condition; dying soon after on March 23.
What is left behind after Lee is a bequest of an efficiently run country and of a leader who brought unprecedented prosperity to Singapore. 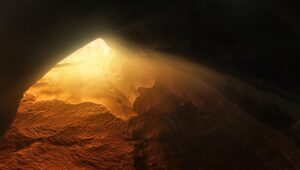