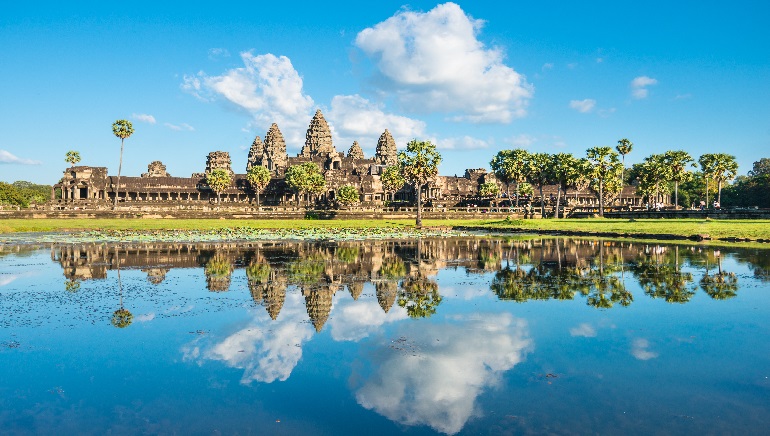 By His Excellency Mr. Ouk Sorphorn, Ambassador of Kingdom of Cambodia to the Kingdom of Thailand

Officially known as the Kingdom of Cambodia, Cambodia is a pearl of the Mekong River and a country that is located in the centre of and as the cradle of the culture of the Indo-China peninsula in Southeast Asia. It is 181,035 square kilometres in the total area, bordered by Thailand to the Northwest, Loas to the Northeast, Vietnam to the East, and the Gulf of Thailand to the Southwest

The sovereign state of Cambodia has a population of over 15 million citizens, of which 90% belong to the Khmer ethnic group. The official religion is Theravada Buddhism, practiced by approximately 90% of the population. Cambodia’s minority groups include Vietnamese, Chinese, Cham and different hill tribes. The capital and largest city is Phnom Penh which is the political, economic and cultural centre of Cambodia. The city is noted for its beautiful, attractive and historical architecture, and a number of surviving French colonial buildings are proudly gracing the grand boulevards today, where the East and the West meet each other with peace and harmony.

Looking back through the history, Cambodia had both prosperous and destructive periods. In 802 AD, King Jayavarman II declared himself the King, uniting the warring Khmer princes of Chenla under the name “Kambuja”.

This marked the beginning of the Khmer Empire, which flourished for over 600 years and undertook many religious infrastructural projects throughout the region, including the construction of more than 1,000 temples and monuments in Angkor area. The Angkor Wat is the most famous of these structures representing the World Heritage Site and it is symbol of Khemer culture and architecture.

After the fall of Angkor in 1431, the Kingdom entered a dark period, experienced scare resources and internal conflicts, and occupied by a different lineage of the Khmer kings who took the opportunities to establish their own power and empire including Chaktomuk (1431-1516), Longvek (1516-1620), Oudong (1620-1863) and followed by a protectorate of France for nearly a century (18631953). On 9 November 1953, Cambodia proclaimed independence from France by the most revered late King-Father Norodom Sihanouk, known as the Father of National Independence. Subsequently, Cambodia has gone through many ups and downs – from the glorious Sangkum Reastr Niyum to the Khmer rouge genocide regime and civil wars.

Since 1993, the country has been stated by the constitution as an elective constitutional monarchy with a monarch, currently His Majesty Preah Bat Samdech Preah Boromneath Norodom Sihamoni, King of Cambodia, chosen by the Royal Council of the Throne as the head of state. Full peace, stability and development from year to year have been enjoyed since 1998. That positive and rapid development led Cambodia to be a member of the Association of Southeast Asian Nations (ASEAN) in 1999. The last free and fair general election was organized in July 2018 in accordance with democratic principles, which resulted in the Cambodian People’s Party, under the chairmanship of Prime Minister Samdech Techo Hun Sen, winning all 125 seats in the National Assembly. Over 83% of the eligible voters fulfilled their citizen duty and made the election a great success.

In the present day, under the auspice of His Majesty the King of Cambodia and visionary leadership of Samdech Techo Hun Sen, the Prime Minister of the Kingdom of Cambodia. The country has focused on the nation building in terms of economic growth and international prestige.

As a result, Cambodia has graduated herself from low-income to lowermiddle-income country, which reduced the poverty from 53.2% (2004) to 10% (2018). Cambodia is one of the fastest growing economies in Asia, with growth averaging 7% over the last two decades. Agriculture remains the dominant economic sector, with strong growth in textiles, construction, garments and tourism leading to increase foreign direct investment and international trade.

Cambodia is ripe for investment, which is driven by the country’s friendly business environment and attractiveness for FDI. The country has very open investment laws and offers a range of incentives to investors. Cambodia’s gross domestic product has grown six-fold in this time period from US$3.1 billion (1998) to US$24.6 billion (2018). One of the best reasons to invest in Cambodia is they waive taxes for the first nine years, coupled with an inexpensive skilled labour force with language skills and steady growth; this makes the kingdom quite an attractive place to invest. Cambodia has been working very hard to further strengthen the capacity and to further promote its integration into the regional and the global economy.

To do “that” Cambodia’s vision and future trajectory is moving from agricultural sector to skill-driven industry and service oriented economy under the principles of inclusive and sustainable development. This vision and its implementation make Cambodia attractive destination. It is not only question of productions and services and new production plants, but also that offers opportunities for infrastructure projects and energy development.

As one of the fastest growing destinations in the Southeast Asia, Cambodia is its rich cultural heritages and unspoiled natural beauty. Thousands of ancient remains of the Khmer Empire, most notably the famous Angkor Wat temples together with other attractive tourist spots, greet a growing number of visitors of 6.61 million foreign visitors, earning approximately US$4.91 billion in revenue. Cambodia’s beautiful beaches and islands welcome those who wish to escape the fast-paced city life and glittering lights. Recently, the Pacific Area Travel Writers Association had conferred to Cambodia the International Award for Best Destination, which would help boost the Kingdom’s global popularity.

The capital city of Phnom Penh is a tourist delight and has many attractive tourist destinations to offer. They are as follows:

The Royal Palace is a complex of buildings which serves as the Royal residence of the king of Cambodia. The complex includes the Silver Pagoda, the Khemarin Palace, the Throne Hall and the Inner Court.

The National Museum contains the world’s largest collection of Khmer arts including sculptures, ceramics, bronze and ethnographic objects dating from prehistoric times before, during and after the Khmer Empire.

Oudong Mountain used to be a royal residence and Cambodia’s capital during the period from 1618 to 1866. Today, Oudong has become a highly sacred place after the relic of Preah Serei Roek Theat (ashes of Buddha) was moved here from Phnom Penn.

Wat Phnom was built in 1373 and stands 27 meters above the ground and is the central point of the capital. The site may give you a feeling that you’re in a medieval place and the interior has a central altar complex with a large bronze seated Buddha surrounded by other statues and items of devotion and worship.

On the way to Tonle Bati, you can find two Angkorian era temples inducing Ta Prohm and Yeay Peau which were built by King Jayavarman VII in the late 12th century during the same period around which Angkor Thom and the Bayon temples were constructed.

This monument was constructed in 1958 to mark Cambodian independence from France in 1953.

The monument is the centre of national ceremonies where soldiers march before the stupa to commemorate service men and women who sacrificed their lives for the country. 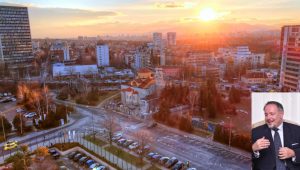 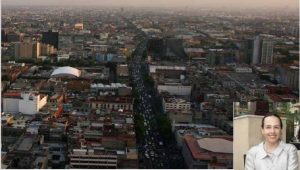