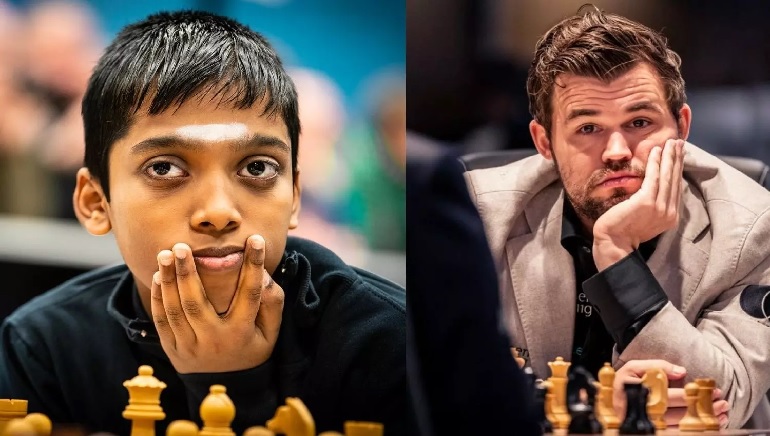 In an online championship, chess grandmaster from India, Rameshbabu Praggnanandhaa is winning hearts for his stunning victory over world number one Magnus Carlsen. On Monday, he beats Carlsen at the Airthings Masters rapid chess tournament.

Earlier Carlsen lost against Viswanathan Anand and Pentala Harikrishna from India. Praggnanandhaa came out as the youngest one to beat Carlsen since the Norwegian became the world champion in 2013.

Five-time world champion and one of the greatest chess players, Anand tweeted, “Always proud of our talents! Very good day for @rpragchess”.

After the 39-move victory, visibly calm Praggnanandhaa said, “It’s about time to go to bed as I don’t think I will have dinner at 2:30 in the morning”. At the age of 10, Praggnanandhaa created history by becoming the youngest international master.

On the other hand, 31-year-old Carlsen appeared to blunder in the Meltwater Champions Chess Tour event that gave a total prize pool of more than $1.5 million. Carlsen said that he was not perfectly fine to post coronavirus caught him. He said, “It was better today, but the first couple of days, I was feeling like I am okay but I don’t have any energy and it was kind of hard to focus”.