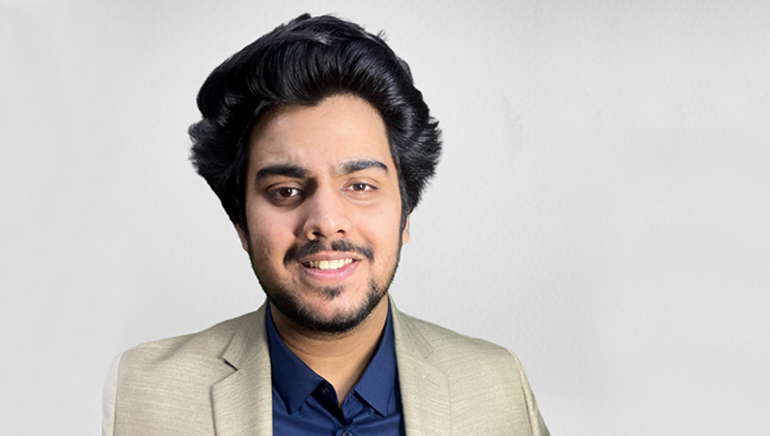 Age is just a number, experiences define the ability of a person to climb the success ladder. It just requires an intangible spirit and confidence in one’s own self to build a business that competes with global giants and makes a name for itself at the young age of twenty, which Abhishek has skillfully managed to do.

The founder and CEO of Verved and the creator of the Verved edProgram, which is India’s first-of-its-kind mentorship programme, he is a huge inspiration for the youth. He is an international award winner titled “Top 50 Tech Leaders” (InterCon, Dubai), Recipient of “Young Entrepreneur Excellence Award” by NCCN & Nominee for “Young Person of the Year 2020”. He is also a TEDx speaker, a YouTuber & Google Venkat Panchapakesan Memorial Scholar. He has mentored thousands of students in the field of entrepreneurship and technology all across the globe, still as a college student.

It was two years ago that Abhishek first-hand witnessed the disparity in opportunities in the Indian education system. A bright and passionate student, he was disturbed by these flaws of the system, which had also started hindering his own professional development. Instead of getting bogged down by these adversities or succumbing to the archaic notions of the system, he decided to take a step to improve this.

With the aim to bring a positive change, he started with starting a college society and then kept building on it. He also worked with the International Organisation of Software Developers (IOSD), which is a group of over 2200+ developers, India’s largest developmentbased organization, on a number of projects, lead the corporate team in organizing Asia’s largest hackathon Global Innovation Festival, currently serving as a Mentor in 25+ chapters across India & as the President of IOSD-MSIT.

Abhishek also worked with companies like Coding Blocks, Xenottabyte, Google Crowdsource, etc. gaining great on-field experience. In the first two years itself, he had done over ten internships that made him realize that if a student had the right opportunities at the right time, they would grow exponentially in their career since, in interviews, the experience is always put above the actual skills of the candidate, making the selection of a fresher a matter of luck. This prompted him to lay the foundation of Verved.

Verved was initially started as a support system to help students by providing them a chance to work on live projects. But with just two months of its being, it witnessed its clientele increasing steadily and was dealing with more than ten of them at a time. This prompted Abhishek to take it to a scale-up.

From then, Abhishek, with Verved, has helped hundreds of students by giving them a start in their career despite their experience/knowledge level.

With Abhishek’s expert leadership and motivating vision, Verved is building strength-on-strength and has associated with many companies to provide employment opportunities. Verved operates remotely with 100+ associated companies from around the world, working as a mobile and web application development firm and offering services like marketing, designing, and growth hacking. Verved is also a part of Startup Lanes, a network of 4000+ companies in 7 countries and 40 cities.