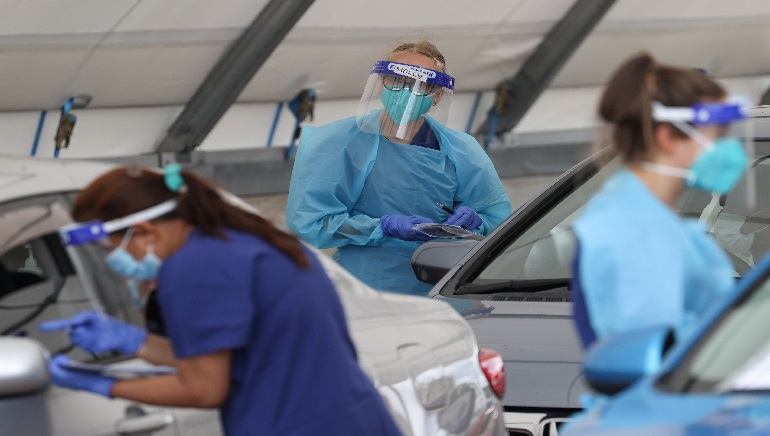 On Thursday, Australia reported its biggest pandemic caseload amid a runaway Omicron outbreak. The outbreak is driving up the need for hospitalization due to a surge and putting strain on supply chains, forcing authorities to ease quarantine rules for more workers.

The number of confirmed cases in Australia has nearly doubled since the beginning of the pandemic as people remain unrestricted as they get used to living with the coronavirus. There have been more than 147,000 new cases confirmed, including about 92,000 in New South Wales (NSW), although that includes a backlog of positive at-home test results dating back over a month. The number of dead has risen to 53 with NSW suffering 22 deaths on the deadliest day of the pandemic.

More than 1.4 million people have been affected by the infection since the pandemic began. However, the death rate in the new variant’s infection is lower than prior outbreak as more than 92% of people above 16 had their double-dose. For this 92%, the booster drive is ramping up in the country.

On workers going back to work, Victoria Premier Daniel Andrews said, “There is no quick fix to this. These are commonsense changes, they will help but they are not everything, there is no simple solution”.