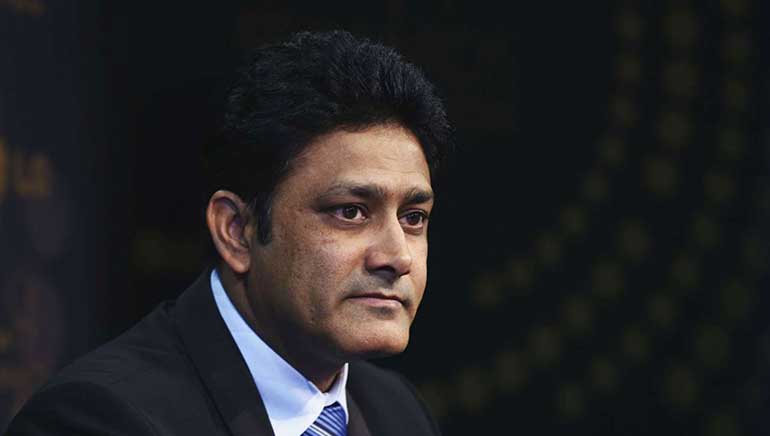 The Indian Cricket Board has entrusted former skipper and ace spinner Anil Kumble with the responsibility to lead team India as head coach. Former Indian captain Anil Kumble will hold the post for one year. It is after 16 years that an Indian player is appointed as the head-coach of the team after Kapil Dev resigned in September 2000.

Kumble’s first assignment as the Head-coach of the blue-army will be to lead them for four-Test tour of the West Indies. “I have an opportunity to make a difference. I have an opportunity to be part of the journey and if I can be part of the journey where we see Indian cricket rise to where we all want it to be, then I think it’s wonderful. I feel privileged, like I already mentioned. It is an honor, again to be a part of the team.” Kumble said expressing his delight.

Announcing his appointment, the BCCI showed its immense belief in the caliber of the star cricketer and said, “As for the one-year period, Kumble is now transforming himself from being a great on the cricketing field to probably becoming a great coach that we expect him to be.”

Anil Kumble is one legendary cricketer. In a fabulous international career of 18 years, Kumble picked up 956 international scalps. He played 132 Tests taking 619 wickets at an average of 29.65 and was made the captain of test team in 2007. He is known for his best figures of 10 for 74 against Pakistan in Delhi in 1999. He is the highest Indian wicket taker in both Test matches and One-Day Internationals and is third in the international list behind Muttiah Muralitharan and Shane Warne.

Even after his retirement from the field in 2008, Kumble’s connection with the cricket continued as he took up administrative roles. He was selected as president of the Karnataka State Cricket Association in November 2010. He also served as the chairman of National Cricket Academy in Bangalore and also got the privilege to head the BCCI’s technical committee.