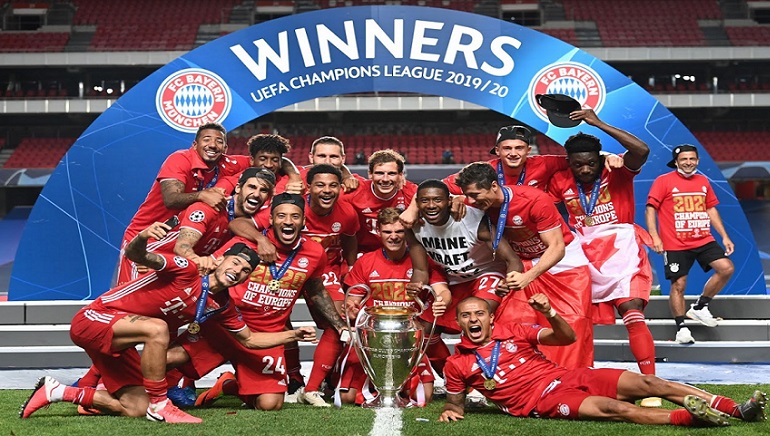 The UEFA Champions League 2019-20 trophy was lifted by Bayern Munich. Bayern Munich defeated Saint-Germain by 1-0 to lift the trophy in Lisbon. The European football club was crowned as champions for a record sixth time in history when it defeated first-time finalists Saint-Germain of Paris at the Estadio da Luz, Lisbon. In this season, the football club made it 11 out of 11 in the competition and become the first team ever to do so. The 59th-minute header from Kingsley Coman created the difference that resulted in a historic victory. The victory came in the second half when Bayern dominated the possession and converted an opportunity when an accurate Joshua Kimmich cross was put in the back of the net by the former Paris Saint-Germain (PSG) forward, Kingsley Coman. PSG tried to equalize through Robert Lewandowski but was twice denied in the first half and through Neymar & Kylian Mbappe, but was denied by the gigantic Manuel Neuer. Bayern Munich has become the first team to keep a clean sheet against PSG since Manchester City in April 2016. It has ended PSG’s 34 successive scoring games in the competition. The 2019-20 trophy is the third trophy of Hansi Flick, the team’s football manager since last November. He had earlier managed the Bavarians to the Bundesliga 2019-20 title.