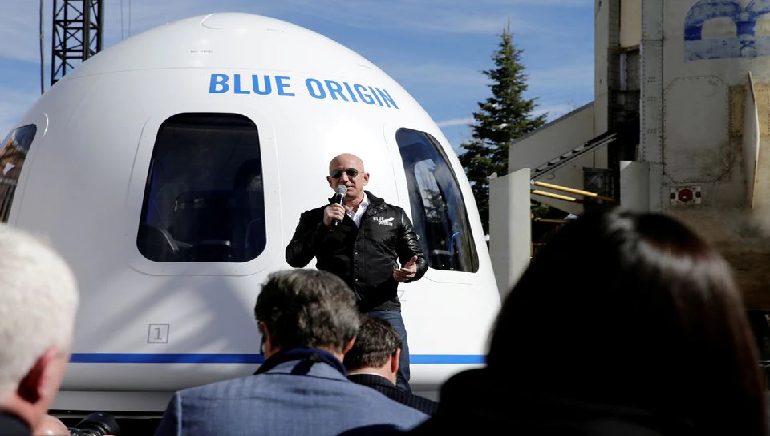 Jeff Bezos, the second billionaire to ride his own spaceship in less than a week, soared into space Tuesday on his rocket company’s inaugural voyage with passengers on board. The Amazon CEO was accompanied by the select few people- an entourage that included his brother, an 18-year-old Dutch teen, and an 82-year-old Texas aeronautics pioneer – the youngest and oldest people to ever fly in space.

Blue Origin’s New Shepard rocket, named for America’s first astronaut, launched from West Texas on the 52nd anniversary of the Apollo 11 moon landing. This is a date chosen by Bezos for its historical significance. Even though Richard Branson of Virgin Galactic pushed forward his own mission from New Mexico in the battle for space tourist revenues, he stuck to it and surpassed him to orbit by nine days.

Bezos’ capsule was totally automated, and the remarkable journey required no official employees on board.

Blue Origin climbed to a height of around 66 miles (106 kilometers). This was way more than 10 miles (16 kilometers) higher than Branson’s July 11 ride. To propel the capsule far enough, the 60-foot (18-meter) booster sped to Mach 3, before detaching and landed upright. Mach 3 is three times the speed of sound.