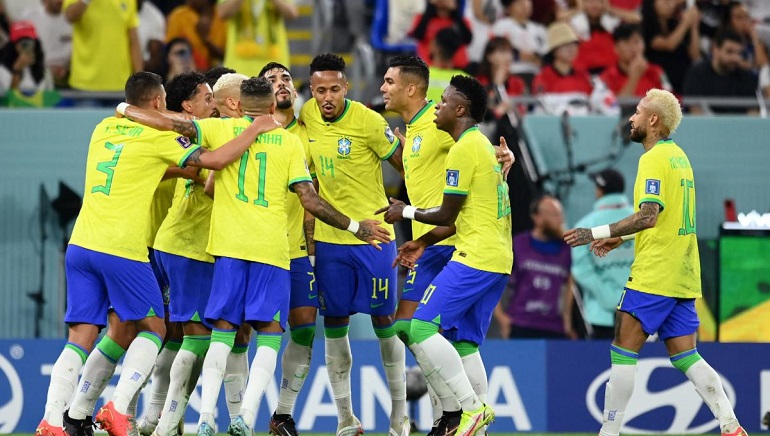 Brazil trounced South Korea by 4-1 in the round of 16 on Monday in Doha, Qatar to enter the FIFA World Cup 2022 quarterfinals. Brazil will next play Croatia on Friday.

Ace player Neymar returned from injury and converted a first-half penalty in Brazil’s win. He now has 76 goals with the national team, one short of the record set by Brazilian legend Pele, who is recovering from a respiratory infection in Sao Paulo, Brazil. On Monday, he joined Pele and Ronaldo to register goals for Brazil in three different World Cups.

Brazil gained an early 4-0 lead over South Korea in the first half with goals from Vinícius Júnior, Neymar, Richarlison and Lucas Paquetá.

Paik Seung-ho scored South Korea’s goal in the 76th minute. The Asian team was aiming to advance past the round of 16 for the first time since its historic run to the semifinals as a co-host in 2002.

Monday’ match was the last World Cup match at Stadium 974, which is expected to be fully dismantled. The port-side structure with seating capacity of more than 40,000 was partially built from recycled shipping containers and could be shipped to other countries that need the infrastructure.