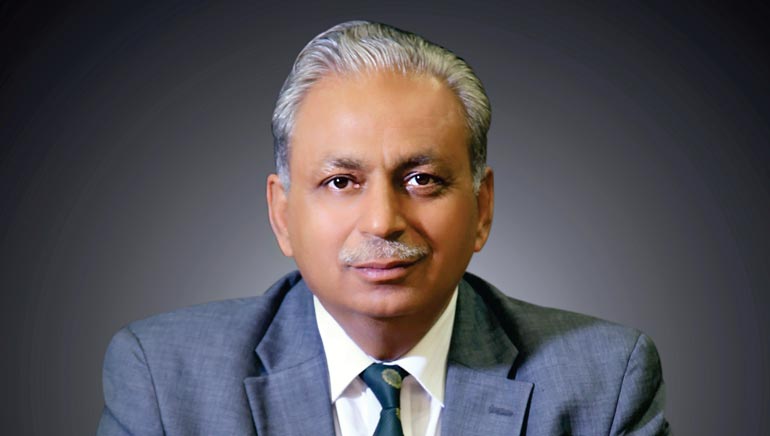 Emerging from the lanes of a small town in Madhya Pradesh to be counted among world’s most influential and prominent leaders, the journey of CP Gurnani can leave anyone awe-inspired. A fascination towards technology and the zest to transform the Indian IT sector has underlined his way to zenith of success the life of CP Gurnani has been a saga of innumerous transitions. However, with an unyielding fortitude, he not only scaled every challenge victoriously, but also acquired profound wisdom through each one of them. Even if things happened at a frenetic pace, he concentrated on collecting worthy memories and experiences, and moved on with an unceasing passion. In fact, challenging circumstances ignited in him the verve to achieve the unattained efficaciously. For a boy who had no idea of what a computer was till his late teens and for a professional without a business administration degree, leading a multinational conglomerate through a pivotal transformational journey alone wasn’t easy. But, he pulled it through in a grand manner!

The story of this sedulous gentleman is an epitome which signifies that no dream is far from reality if one is hard working and determined towards achieving one’s goals.

Born in the fatherland of Central Reserve Police Force- Neemuch, Madhya Pradesh, CP Gurnani’s childhood was spent in various cities of Rajasthan like Chittorgarh, Kota, Jodhpur and Jaipur due to multiple transfers his father’s job at Central Bureau of Narcotics offered.

Before moving to a new place his father would always tell him, “You’re going to a new city, to a new neighborhood, and to a new school. The city does not need you, the neighborhood does not need you, and the school does not need you. But you need all of them. The initiative belongs to you and nobody owes you anything.” These words of his father developed in him an understanding towards the fact that nothing is static in this world and change is inevitable. Thus, he eloquently matched his pace with the flow and made each city a new platform to fill his journal of memories with elaborate learning experiences. He developed strong friendships and unbreakable bonds during this phase of life and they remain with him till today. “Despite all these transfers, my kindergarten, school and college friends joined me to celebrate my daughter’s wedding. These are my proudest moments and they don’t get you an award,” he remarks.

This itinerancy is still an inseparable part of his lifestyle as he spends the major portion of the year travelling within the country and overseas for business dealings. He aims to benefit not just the business with these voyages but keeps on grooming his personal self as well. His devotion towards work keeps him going; his father’s words constantly keeping his soul inspired. A look back at the passage of his own life gives him the spirit to move ahead. He likes to turn the pages of his life one at a time while making sure that each page is scribbled with extraordinary tales that can become inspiration for generations to come.

A visit to his cousin’s place in Mumbai kindled in CP (as he is fondly called) an unfathomable passion towards technology. The unique macrocosm of computers sparked in him a keen fascination towards machines. And he envisioned a future for himself in the world of technology.

He graduated from the National Institute of Technology, Rourkela with a degree in Chemical Engineering. Though choosing this major was not a very easy decision for him as the ocean of options available created a dilemma, today he is content and proud of this choice. “Engineering trains a student in the art of compromise and optimization between pure science and real world applications. My study and work at NITR has enhanced my skills in analysis and building solutions,” he remarks.

His days at NITR hold a very special place in his heart. He reminisces of the place as a rollercoaster of challenges and cheers. Though he was not a university topper but was a very active and keen student. He was also involved in extra-curricular activities and was a part of college hockey team as well as the AV club. He also actively participated in discussions and debates. On the suggestion of his friend he joined Rotaract- the youth wing of Rotary Club, Rourkela as well.

Being a highly skilled entrepreneur himself, he reckons that NITR gave him unforeseen opportunities to challenge and reinvent himself. He attributes his industrial skills to the training he got at his college.

CP had worked with several renowned companies handling diverse responsibilities before joining Tech Mahindra in 2004. His professional journey started in 1975 as a chemical engineer at JK Synthetics in Kota. He soon shifted to design engineering and later was picked up as a management trainee by Lloyd Insulations. He had been a very diligent employee and gave his best at each work place. But his heart’s calling was continuously telling him that he had to effectuate something more valuable.

His next destination was Fenner India Ltd. Talking about his decision to join Fenner, Mr. Gurnani reminisces, “The company also gave you a car—a Fiat. Being a middle-class guy, it was a big dream. So I joined Fenner.” But CP Gurnani soon comprehended that his ultimate aim was not merely pecuniary. His undying passion towards IT and computers pushed him to forge ahead and he told his supervisor that he couldn’t see a future in that kind of job, “I told him that I am a person who likes people and that technology excites me, and I think I can create something meaningful. I was around 27 and my boss was convinced that I was on the right track.”

It was around 1986 and the computers had recently become a reality. Despite being untrained in computers, his zeal towards technology made him join Hindustan Computers Limited. His tenure at HCL proved out to be the stepping stone for the immense success he enjoys today.

EMERGING WINNER
CP led Tech Mahindra through a series of surprises and challenges. With his immaculate guidance, he not only managed to keep the legacy of the name ‘Mahindra’ alive and thriving, but his indefatigable efforts and management skills also led the company on an unprecedented path of glory. His strong leadership qualities are conspicuous in the exceptional performance of the company at the domestic and global platforms every passing year.

CP likes to speak through his actions; and his entrepreneurial expertise doesn’t need a testimony. Faced with the challenge of reviving Satyam Computer Services Limited – he was the foremost choice to revive the firm when Mahindra acquired it in 2009 – he didn’t prove anyone wrong; he just worked and silently achieved the impossible. He not only inspired the entire world by resuscitating an impaired company and the reputation of India, but also regained the trust of customers and employees. Sleepless nights and determined resolve to right the wrongs proved to be part of his business duties, while he adamantly revitalized the business. His passion to work tirelessly to attain the trust of his employees is unmatched in the industry.

“If your actions inspire others to dream more, learn more, do more, and become more- you are a leader.” This quote of John Quincy Adams comprehensively sums up the administrative tenor of CP Gurnani. He is ever-eager to instil a sense of responsibility and leadership in each of his employees. Speaking about his leadership he says that he considers his style as parenting. He believes in nurturing the hidden talents of every single employee. He acts like the turbocharger of the team with an uncanny skill of assessing intrinsic ability of every individual.

He doesn’t believe in leading by command but by acting and setting examples in the system. He possesses an electrifying aura, and has the ability to pulsate the atmosphere with his motivating words. He attracts the approbation of every single person he meets and that is the reason he is loved by everyone around him. This is the reason that he has built a strong team of loyal friends, colleagues, and clients over the years.

CP’s life is certainly an inspiration for many generations to come. His style of working – be it leading a team, getting things done, nurturing his employees, or simply innovating new styles of management for the growth of organization and employees – is admired and followed by other contemporary leaders.

His uninterrupted piquancy has given him a chance to lead and assist NASSCOM in catalyzing the growth of Indian technology and services industry as its Chairman. He wants to make India the tech-centre of the world, and will use this opportunity to the fullest to achieve this dream. Further, he has been chosen to assist the Chief Minister of Andhra Pradesh regarding IT matters of the state.

CP looks at his future as one filled up with many more exciting adventures and opportunities that will help him grow more as a person. His aspirations are well-reflected in his quote, “My objective is to be a relevant global player, but if I don’t take advantage of the growing economy of India, growing youth of India, and if I don’t actually present solutions here, I don’t think the world is going to wait for me.”