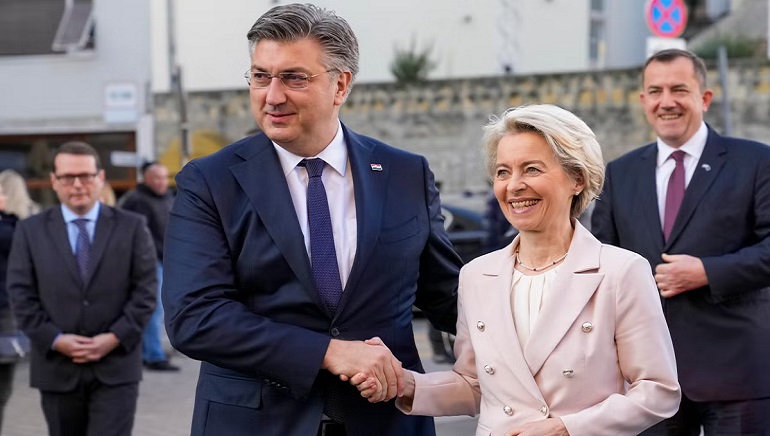 Croatia adopted the euro as its currency on 1 January 2023. With this, Croatia has officially become the 20th European Union (EU) member state to do so.

Beginning Sunday, the euro will gradually replace the kuna as the currency of Croatia, at a conversion rate of 1 euro for 7.53450 Croatian kuna. The two currencies will be used alongside each other for a period of two weeks. When receiving a payment in kuna, the change will be given in euro.

The Balkan nation joined the EU nearly a decade ago, but had to wait until now to qualify as a Eurozone country. Croatia has also become a member of the Schengen Area zone where 27 European countries facilitate free and unrestricted movement of people. Checks at internal air borders in Croatia will be lifted from 26 March 2023.

Experts say the adoption of the euro will help shield Croatia’s economy at a time when inflation is soaring worldwide after Russia’s invasion of Ukraine sent food and fuel prices through the roof. However, media reports say that Croatians have mixed feelings on becoming EU member. While they welcome the end of border controls, some worry about the euro switch, with right-wing opposition groups saying it only benefits large countries such as Germany and France.