Croatia joins the Eurozone as its 20th member 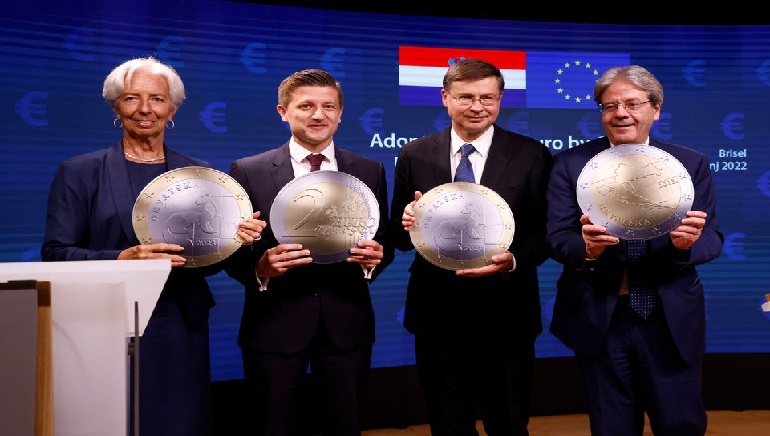 Croatia joins the Eurozone as its 20th member

On Tuesday, the European Union accepted Croatia as the 20th eurozone member. It will allow the nation to adopt a single currency from 2023.

According to the European Council, Croatia has passed the final three legal measures necessary for the country to join the euro. Among the acts, one euro will be converted into 7.53450 Croatian kunas. It will take some months to determine the practicalities of switching currencies.

European Commission VP Valdis Dombrivskis said that this was particularly important at such a challenging time when Russia’s aggression against Ukraine is continuously sending shock waves around the world. Dobrovskis spoke at a ceremony celebrating Croatia’s accession to the eurozone, the first since 2015.

The finance minister of Czechia Zbynek Stanjur is currently holding the six-month rotating presidency of the EU. He congratulated his Croatian counterpart and said, “Adopting the euro is not a race, but a responsible political decision. Croatia has successfully completed all the required economic criteria and they will pay in euros as of 1 January 2023”.

One of those acts set the conversion rate for entry at one euro to 7.53450 Croatian kunas, with Croatia now having a few months to prepare the practicalities for the currency switch.