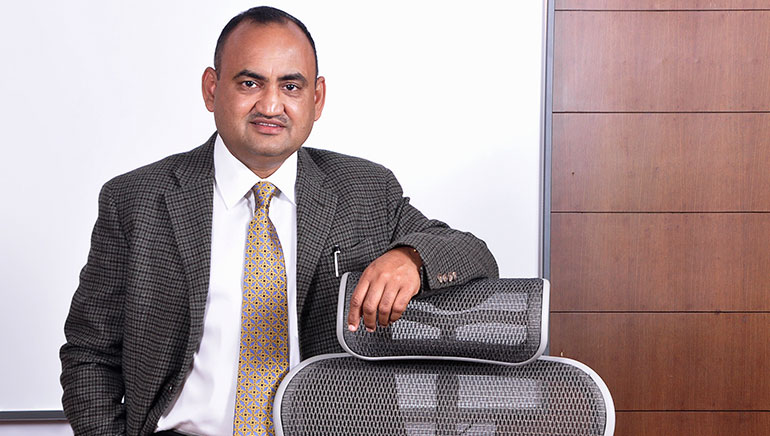 Mr. Dilip Surana had sealed his choice of career at a very young age as he observed his father, Mr. C.M. Khurana, the founder of Micro Labs, transforming a small ambitious start-up into a full-fledged successful business. He literally grew up in Micro Labs, witnessing every significant achievement his father made. Spending his school and college breaks in the company, he learnt a great deal from his father who was toiling hard day in and out to establish the business.

He drew great inspiration from his gritty and hardworking father. He admits that his father is his role model as despite being a first-generation entrepreneur he made Micro Labs a force to be reckoned with. He remains in awe of his father’s ability to pick up the chemistry of a drug. According to him, there was no holiday for his father as he lived and breathed business. These are the same qualities that he has inherited. Even as a young boy, Mr. Dilip Surana’s only aim was to carry his father’s baton after growing up.

When Mr. Dilip Surana took over the operations of Micro Labs, after completing his bachelor’s in commerce from Bangalore, at the age of 21 in 1983, the firm was just 10-years-old and was in a growing phase. His father’s efforts were being recognized heavily within the pharmaceutical industry, which was an emerging sector back then and had very few players competing. The company was overloaded with orders and they had to open two new manufacturing facilities in Hosur, Tamil Nadu. Mr. Dilip Surana closely monitored the process along with his father and dedicated his whole time and energy to keep the business running in a highly synchronized manner.

At the same time, Mr. Dilip Surana was planning to take a break from business after a few years to pursue an MBA degree. However, Micro Labs grew at such a frenetic rate that his will to study further never materialized. Mr. Surana admits that he still regrets not going for his business administration degree and often wonders if he could have done more for the company had he had attained the qualification.

A few years later, his younger brother, Mr. Anand Surana also joined the business. In the mid-1990s, the brothers took the crucial call of branching out in specializations like diabetology, cardiology, and neurology.

He then prompted the company to shift focus on research and development as well and today, it is one of the most celebrated pharmaceutical companies across the globe. With 14 advanced research and manufacturing facilities designed to meet the current global standards of GMP and safety standards for personnel, his company employs more than 9,000 people while aggressively investing to increase capacity and boost exports.

Mr. Dilip Surana runs his business with a two-pronged strategy of being proactive and reactive. Mr. Surana is also very concerned about creating strong brand values.

His future vision is to strengthen the international presence of Micro Labs and is working hard to achieve that goal. He is giving special attention to exports and the quality of the products they are creating. There is no compromising for him when it comes to ethical and sustainable business and he sends the same energy to all his employees and teammates. He is highly respected amongst his circle for this dedicated nature and continuous pursuit of excellence.

According to him, the four pillars of any successful business are; quality, ethics, customer satisfaction, and people, the last being the most important. He reckons that his team is indispensable to his company’s survival and growth and therefore he treats them as the firm’s primary capital. The hierarchy in the company is only structural and not cultural and everyone is given a fair opportunity to share ideas. Mr. Surana is always eager to listen to the young voices in his teams and act on their suggestions.

Despite the immense success that he has got for the brand and himself, Mr. Dilip Surana remains a humble soul. A man of few words, he is never heard boasting about his journey. He likes to keep a low profile and even after several decades of running a business, spends most of his time studying literature that can help him hone his skills better.

His strong personality can appear dominating to some as it carries a sheer reflection of perseverance and confidence but his down-to-earth nature can make anyone instantly comfortable. He is very approachable and loves to discuss business with young aspirants.

His remarkable efforts in making Micro Labs one of the most prominent firms in the pharmaceutical space gets him a great deal of attention. He has been a regular participant in various national and international seminars. He also has, to his credibility, a number of awards and honours, including ‘Asia’s Most Admired Business Leader presented by White Page International’, ‘Dynamic Entrepreneur of the year 2010’, and has also been honoured as the ‘Great Son of Karnataka’ by Governor of Karnataka his Excellency HR Bhardwaj in 2011.

He is also a great philanthropist and always puts his best forward to give back to society. Through the GDA Foundation, which was founded by his father, Mr. Dilip Surana has been contributing greatly to the overall wellbeing of the citizens. The foundation runs and supports hospitals, schools, and research centres. It also provides free medical help to the needy and scholarships to deserving students.