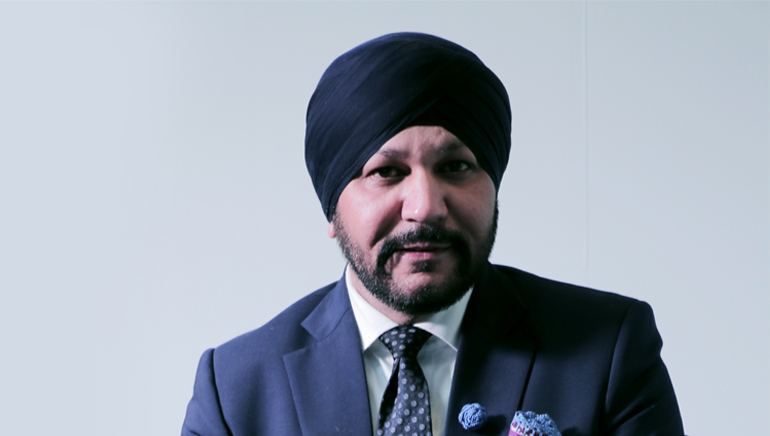 The closure of his family business in India brought Harmeek to Dubai in 2003 to seek a job to support his family. 18 years ago, when he first moved to Dubai, he probably had no idea that he would eventually become the CEO and Founder of a homegrown company famed for revolutionising the UAE’s events sector. He managed to land a position in Dubai’s thriving advertising sector in 2003, earning only AED 2,000 per month. In 2004, he started his firm, Plan b Advertising, after working his way up to a monthly salary of AED200,000 in just two years.

Harmeek started as Plan b’s one-man army. The business owner admits that in the initial days, he had to juggle all aspects of the business all alone for almost a year before he could hire some help. However, those trying times have paid off as Plan b is now one of the most renowned advertising and events companies in the UAE. They provide various services, including marketing campaigns, experience-based event management, brand building services, promotional campaigns and launches, visual merchandising, and other projects. Harmeek’s active involvement, tenacity, and keen understanding of market fundamentals have earned Plan b distinction as a solution-driven partner for government and private sector events in the UAE.

The Group is also actively growing due to the company’s multi-disciplinary teams that have over 100 years of combined experience. The company employs more than 500 people and has offices across three continents. In addition to its headquarters in Dubai, the company also has offices in Abu Dhabi, Delhi, and London, enabling it to operate throughout the Middle East, the UK and countries in the SAARC region.

The charismatic leader steers Plan b with a vision and passion that have helped the company become a market leader in delivering innovative, top-notch marketing and events services. Based on Plan b’s rapid expansion, Harmeek has received significant interest from foreign entities in a franchise system currently under consideration.

Harmeek is a natural leader who leads with curiosity and wonder. His inquisitive nature inspires him to learn something new every day. His interest also contributes to his expertise in problem-solving. His strong suit is his creative approach to finding solutions to challenging situations. Despite going through difficulties during his initial days in Dubai, the astute leader persisted in his endeavour with tenacity and dedication, overlooking the financial challenges. His razor-sharp focus and self-assurance propelled him to success. Harmeek is a self-driven individual who is always at the forefront of delivering quality experiences at landmark events such as the Dubai Standard Chartered Marathon. His involvement in events such as Dubai’s Crown Prince annual heritage championship, Nad Al Sheba Sports Tournament 2016, FIFA, Bentley and Hyundai has garnered accolades and appreciation.

Harmeek’s efforts are directed toward serving his people, and he credits much of Plan b’s success to his team. Additionally, he values his team members and considers them the company’s cornerstones. The admired industry leader treats his team as his family and takes good care of them. Despite challenging market conditions posed by the COVID-19 pandemic, Harmeek kept his Plan b family united and constantly motivated them to complete projects on time. He prioritises employee engagement and goes to great lengths to recruit, develop, and retain happy and successful employees. According to him, happy work culture is vital to an organisation’s success. He underscores the need for healthy work culture, saying, “Keeping your employees content involves so much more than a pay cheque; you need to build a solid culture to drive your workforce.” Harmeek also prioritises his customers’ needs to keep them ahead of the curve. He keeps a finger on the pulse of his clients and devises expansion tactics accordingly. He spends considerable time trying to know or understand his clients’ requirements to build a long-standing relationship and gain their loyalty by setting new standards.

In 2015, Harmeek was honoured with the ‘Business Innovator of the Year Award’ by Masala. He also appeared in the weekly celebrity magazine Ahlan! Hot 100 in March 2013, 2014, and 2015. In December 2013, the leader received the ‘Man at His Best Award’ by Esquire Middle East. In October 2014, Arabian Business ranked him among ‘The GCC’s 100 Most Powerful Indians.

Harmeek unwavering commitment has also earned several prestigious awards to the Plan b Group, such as the ‘Best Real Estate Agency of the Year’ by Property Times (2015): ‘The Hamdan Heritage Center Recognition Award (2009-2015), and a royal accolade for the sixth consecutive year of work delivered for the Fazza Annual Championship.

Harmeek remains heavily involved in community projects. In 2016, Sheikha Shamma bint Sultan bin Khalifa Al Nahyan applauded Harmeek’s commitment to the “Wanna Read?” initiative and appointed him as an official spokesperson for the charity. In the same year, the Goodwill Ambassador of the UN, His Excellency Dr Akram Sabry, honoured him with a certificate of appreciation for supporting the traditional souq and Ramadan activation in Abu Dhabi Mall. The company is also proud of the Box of Hope initiative, which has assisted and helped blue-collar workers since 2019. In August this year, Plan b Group will inaugurate the First Sikh temple, ‘Sri Gurunanak Darbar’ in St Petersburg, Russia.