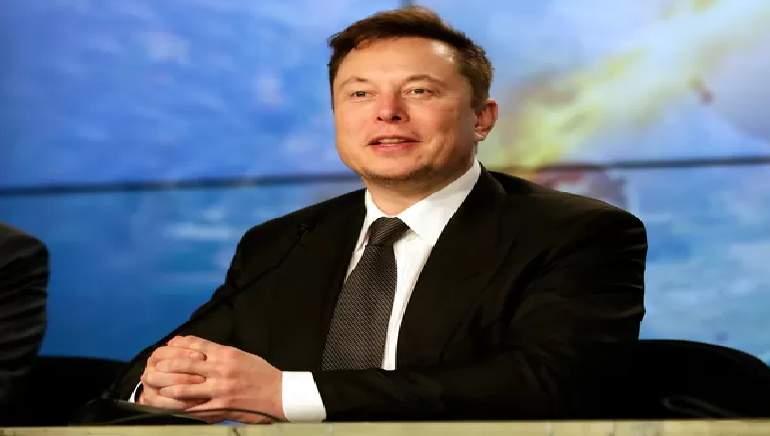 In an era often defined by new technology, the 50-year-old zillionaire, Musk has emerged as one of the most genuinely innovative entrepreneurs of his generation. He has been an inspiration for the world to go green. No wonder leading auto companies ranging from Ford to Volkswagen to Mercedes-Benz to Toyota have unequivocally committed their futures to electric vehicles. As he puts it, “For a long time, the rest of the auto industry was basically calling Tesla and me fools and frauds. They were saying electric cars wouldn’t work; you can’t achieve the range and performance. And even if you did that, nobody would buy them.” But he has proved everybody wrong. In fact he has triggered a historic shift in the world’s auto industry towards green mobility. Musk rightfully deserves the credit of transforming one of the world’s most important industries – the automotive industry – and paving the path for a sustainable future.

Born to a Canadian mother and South African father, Musk was brought up in Pretoria, South Africa. He briefly attended the University of Pretoria before moving to Canada at age 17 to avoid conscription. He enrolled at Queen’s University and two years later transferred to the University of Pennsylvania, where he received a bachelor’s degree in Economics and Physics. Thereafter, he moved to California in 1995 to attend Stanford University. However, he changed his mind and decided instead to pursue a business career. Thus, he ended up co-founding the web software company Zip2 with his brother Kimbal. This startup was acquired by Compaq for $307 million in 1999. The same year, Musk co-founded online bank X.com, which merged with Confinity in 2000 to form PayPal. The firm was taken over by eBay for $1.5 billion in the year 2002. In 2002, Musk founded SpaceX, an aerospace manufacturer and space transport services company, of which he is CEO and CTO. In 2004, he joined electric vehicle manufacturer Tesla Motors, Inc. (now Tesla, Inc.) as Chairman and Product Architect, becoming its CEO in 2008. In 2006, he helped create SolarCity, a solar energy services company that was later acquired by Tesla and became Tesla Energy. In 2016, Tesla became the world’s first vertically-integrated sustainable energy company with the acquisition of SolarCity, the leading provider of solar power systems in the United States, and in 2017 it launched Solar Roof – a beautiful and affordable energy generation product.

As the Co-founder and CEO of Tesla, Musk has been leading all product design, engineering and global manufacturing of the firm’s electric vehicles, battery products and solar energy products. Under his exemplary leadership, Tesla has been on a mission to accelerate the world’s transition to sustainable energy for a cleaner future, since its inception in 2003. Roadster sports car was Tesla’s first product, launched in 2008.

It was followed by the Model S sedan, which was introduced in 2012. Model S proved that electric cars could compete with the best on style and performance. Its Model X SUV was launched in 2015. These models have garnered immense popularity over time. Model S has received Consumer Reports’ ‘Best Overall Car’ and has been named the ‘Ultimate Car of the Year’ by Motor Trend, while Model X was the first SUV ever to earn 5-star safety ratings in every category and sub-category in the National Highway Traffic Safety Administration’s tests.

Tesla came up with Model 3 in the 2017. Model 3 has successfully brought technology to a wider market. It is a mass-market electric vehicle with more than 320 miles of range. It also launched Tesla Semi, which is designed to save owners at least $200,000 over a million miles based on fuel costs alone. It unveiled Cybertruck in 2019, possessing better utility than a traditional truck and more performance than a sports car. Its Model Y compact SUV, began customer deliveries in early 2020.

As lead designer at SpaceX, Musk efficiently oversees the development of rockets and spacecraft for missions to Earth orbit and ultimately to other planets. Under his able leadership, the SpaceX Falcon 1 became the first privately developed liquid fuel rocket to reach orbit in 2008, and SpaceX by re-flying both a Falcon 9 rocket and Dragon spacecraft for the first time, made further history in 2017. Soon after, Falcon Heavy, the most powerful operational rocket in the world by a factor of two, completed its first flight in 2018. In 2019, SpaceX’s crew capable version of the Dragon spacecraft completed its first demonstration mission, and the company flew NASA astronauts to the International Space Station for the first time in 2020.

Currently, SpaceX is developing Starship (a fully reusable transportation system that will carry crew and cargo to the Moon, Mars and beyond) and Starlink, which will deliver high speed broadband internet to locations where access has been unreliable, expensive, or completely unavailable. By pioneering reusable rockets, SpaceX is pursuing the long-term goal of making humans a multi-planet species by creating a self-sustaining city on Mars. Talking about Starship, he elaborates, “Starship is a hard, hard, hard, hard project. This is the biggest rocket ever made. It will have a thrust and mass double that of a Saturn V, which is the largest rocket to reach orbit, and is intended to be fully and rapidly reusable. If we are successful with this, which I think we will be, I don’t know if we will be there in 2022. I hope so. This is a profound revolution in access to orbit. There has never been a fully reusable orbital launch vehicle. This is the holy grail of space technology.” He adds, “It is the fundamental breakthrough that is necessary for humanity to become a space civilization. This absorbs more of my mental energy than probably any other single thing. But it is so preposterously difficult that there are times where I wonder whether we can actually do this.”

INNOVATING HIS WAY TO THE TOP

In 2013, Musk proposed the Hyperloop, a high-speed vactrain transportation system. It is a high-speed vacuum tube transportation system that is twice as fast as air travel, and much more energy efficient. In 2015, he co-founded OpenAI, a nonprofit research company that promotes friendly artificial intelligence. In 2016, he co-founded Neuralink, a neurotechnology company focused on developing brain–computer interfaces. As the CEO of Neuralink, Musk has been developing ultra-high bandwidth brain-machine interfaces to connect the human brain to computers. No wonder, he has been dexterously driving Tesla, SpaceX, & Neuralink towards new horizons of success.