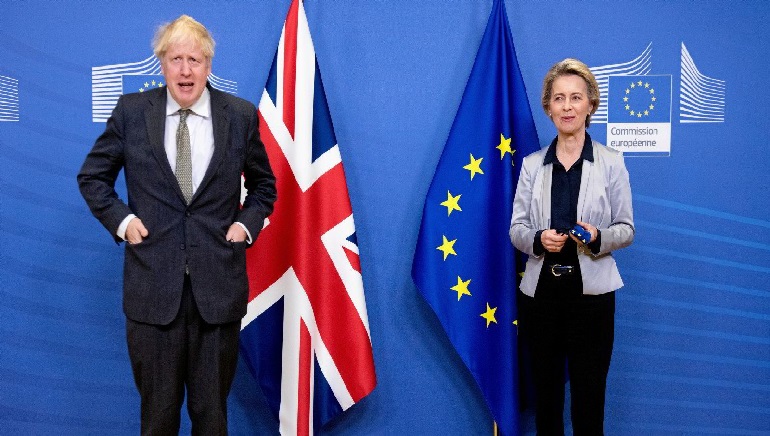 To reshape the post-Brexit arrangement in Northern Ireland, Boris Johnson and Ursula der Leyen have failed to reach an agreement according to the UK’s demand. Ms Von Der Leyen reported to the European Union that the original deal will not be renegotiated.

Prime Minister Boris Johnson and the president of the European Commission spoke earlier about the change in the Northern Ireland protocol which was suggested by the UK. But the spokesman of Downing Street said the protocol is “unsustainable” and must be changed which was reiterated by PM, as reported to Asia One. During a call on Thursday, Borison requested German Chancellor Angela Merkel to consider “significant changes” of the agreement.

In 2019 the EU and UK agreed to Northern Ireland Protocol as part of the Brexit withdrawal agreement. Asia News stated that the agreement was to prevent the hard border in Ireland by keeping Northern Ireland in the EU’s single market for good. In the Brexit divorce bill, the border checks imposed on goods from Great Britain had proved to be unworkable. The UK’s Brexit minister Lord Frost on Wednesday, set out a new set of demands to re-shape the agreement.

Ms. Von Der Leyen added that they are ready to be creative and flexible within the protocol framework but will not renegotiate.