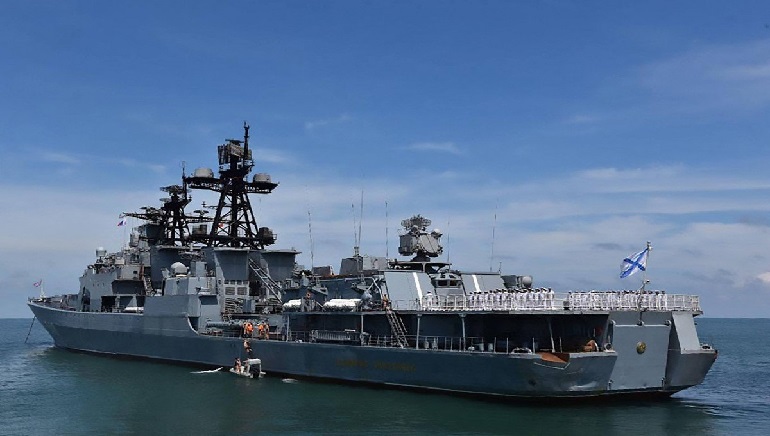 On Wednesday, Russia and a few South-east Asian countries started their first ever joint naval exercise along the Strait of Malacca, which will continue till Saturday.  All 10 members of ASEAN, South-east Asia’s regional bloc, were a part of Wednesday’s drills. While the Philippines, Laos and Cambodia took part as virtual observers, Brunei, Malaysia, Vietnam, Thailand, Myanmar, Singapore and Indonesia provided warships or aircraft.

Russia’s ambassador to the bloc Alexander Ivanov said in a statement that the exercise is about peace, stability and prosperity in the region. The bloc has previously held drills alongside the United States and Chinese navies. The Russian-ASEAN exercises are taking place at a time when China and the US are trying to assert their influence in the region.

Indonesian Navy First Fleet Command Chief Rear Adm. Arsyad Abdullah said in a statement that the exercise will foster a friendly relationship between Indonesian navy, ASEAN member state navies and the Russian navy, which in turn will increase the navies’ personnel professionalism.

Russia and ASEAN held a virtual summit on October 28, where the decision to hold the first ever Russia-ASEAN naval exercise was taken.