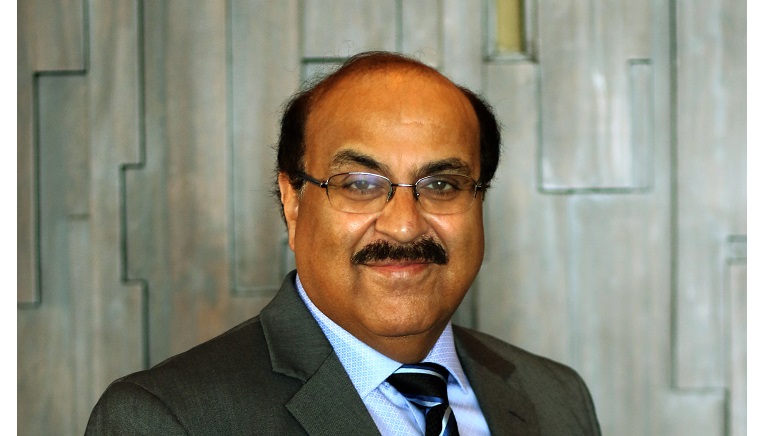 Harish has successfully proved to be a turnaround maestro for Acer India, which has evolved from being a predominantly PC brand to a diverse IT technology brand with presence across PC, gaming, IT hardware business solutions, projectors, monitors, workstations, supercomputers, Virtual Reality and Smart City Solutions, under his quintessential leadership. Over the last two decades of his tenure, Acer has grown to become a leader in multiple segments, cementing its position as one of the leading IT brands in India.

CLIMBING UP THE SUCCESS LADDER

Having joined Acer as General Manager – Sales in July 1999, Harish was later empowered with the leadership of the India Sales & Marketing function for the erstwhile Enterprise Product division, and successfully built Acer India’s portfolio in all market segments. He became the Managing Director of Acer India in December 2011 and was elevated to the position of ‘President and Managing Director’ in May 2016. He has been efficiently fulfilling his countrywide responsibility for revenues and profitability besides ensuring that the brand meets its long term vision of ‘Breaking barriers between people and technology’. Since September 2016, he has also been heading the Acer ‘Pan Asia Pacific (PAP) Regional Commercial Task Team’ which handles commercial strategy planning and implementation for the PAP region.

Harish has been instrumental in charting Acer business growth by laying a strong foundation across Commercial and Consumer business over the last 20 years. Describing his success saga, he says, “Personally, for me the journey at Acer has been very rewarding. It was like sowing a seed and then seeing the plant coming out of it. The 20 plus years I have spent at Acer has seen the company grow into one of largest and most respected technology brands. We have achieved this milestone by taking problems as opportunities and working towards them with dedication. Our passion for innovation has taken Acer to unprecedented levels.”

Harish is a farsighted strategist who maintains ethical business standards, encourages his team of experts to adopt an entrepreneurial spirit and promotes a culture of teamwork. Sharing some of the unique aspects of his leadership style, he asserts, “As a leader it is extremely important for me to keep certain things in mind which would not only benefit me but my fellow employees, as well. A leader needs to work for his people, invest time and efforts in them, try to make them better than himself and also share the success and failure.”

Sharing his success mantra, he elaborates, “I also follow a “DREAM” Mantra which helps me keep going and not deviate from my goal:

D: ‘Don’t ever quit, dream together (as a team) and deliver legendary performance’
R: ‘Retain a strong mind, respect your colleagues (and be humane) and be responsible for your job’
E: ‘Earn your respect, focus your energy and go for an ego check’
A: ‘Always be prepared and analyze – only after a deep dive’
M: ‘Make your mark – leave a legacy and make the change – be the one to make the difference’

For Harish innovation is not merely a survival skill rather he considers it as his life inspiration As he puts it, “Innovation distinguishes between a leader and a follower. In this incredibly fast moving industry innovation is the only yardstick of survival. Whether it is about a product or a strategy or a campaign, innovation is the core differentiator that will help you stand out amongst the rest. At Acer, we have tried our best to deliver innovation in every possible way.”

He further adds, “Acer has become synonymous with making bold and unconventional bets, often charting the course of the broader technology ecosystem. Acer’s passion for innovation and customercentricity has taken the company to unprecedented levels, and the company is well poised to change growth orbits and venture into new horizons.”

Harish is of the view that “the establishment of a CSR strategy is a crucial component of a company’s competiveness and something that should be led by the firm itself.

He declares with pride, “Right from providing technical training to the underprivileged at our factory to ethical and sustainable manufacturing to environmentally friendly products, Acer has been putting social responsibility at the core of our strategy. We have also actively contributed to various relief efforts, as recent as the devastating Kerala and Coorg flood disasters.”

In 2019, Acer partnered with one of India’s leading eye care hospitals to make the therapy of Cortical Visual Impairment (CVI) more accessible and affordable with its Acer Visionova solution. Acer provided 100 tablets to kick-off this noble cause and proposed a plan in which patients can pay the hospital a small, refundable deposit in order to receive a tablet for use.

Most recently, owing the COVID-19 pandemic, Acer India announced that it will be donating 1% from every e-sale from its platform towards the PM Cares Relief Fund.