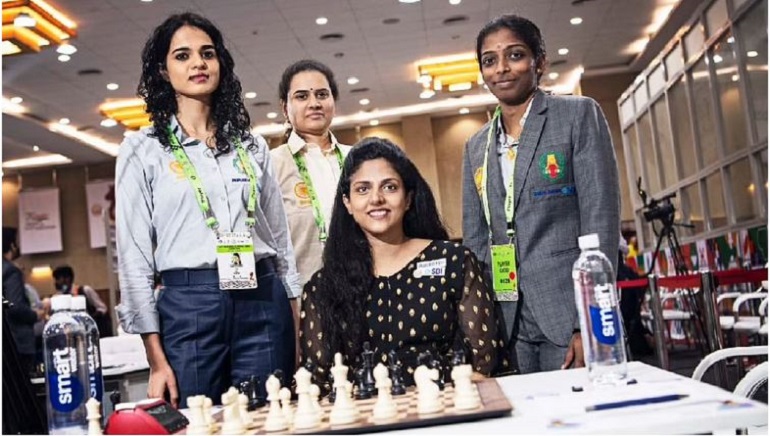 India proved to be the best federation at the 44th chess Olympiad, and the award is a combined rank total of the open & women’s section. The USA claimed the second position.

Meanwhile, the India A team clinched the bronze medal in the final round.

The Closing ceremony of the Chess Olympiad 2022 was held in Chennai with the awarding ceremony for the team Winners and medalists, the best individual players, and the bestowing of the Gaprindashvili cup for the federation.

India, with a total of 34 match points and the best additional tiebreaks, lifted the Gaprindashvili cup, named after legendary chess player from Georgia, Nona Gaprindashvili. Even though India 1, USA, and India 2 got the same 34 match points, however, tiebreaks criteria went in favor of the India A team.

Meanwhile, the Indian women’s team created history at the 44th Chess Olympiad by clinching the first-ever medal for India in the women’s section

“Congratulations to the teams on winning the medals in the open and women’s section at the #ChessOlympiad. Great to see India bestowed the Nona Gaprindashvili cup. Kudos to all our 7 individual medalists as well as participants from all over the world,” tweeted Tendulkar.