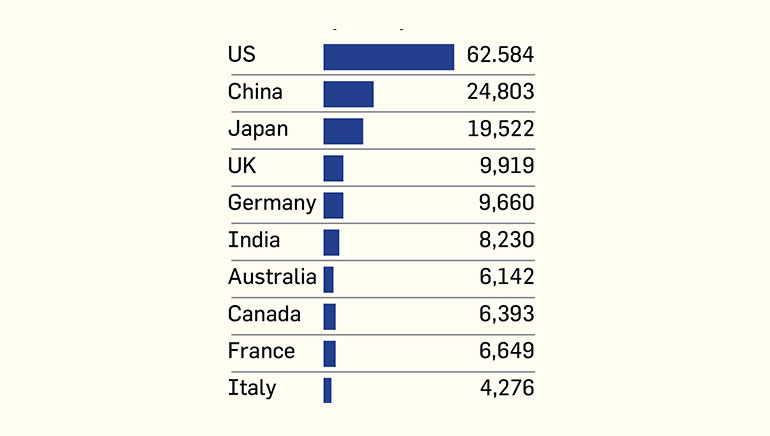 India is now the 6th wealthiest country in the world with fortunes raised massively from the year 2016 to an astounding $8,230 Billion in 2017.
It has been rated as the best performing market globally.
New World Wealth is a global wealth intelligence and market company that specializes in ratings, surveys, country reports and wealth statistics. It uses the total wealth of a country as an indicator
to assess the economic patterns and determine the wealthiest of nations, and refers to the fortunes owned by all individuals living in each state, city or constituency. It includes cash, property
stocks, and business interests and excludes government funds.
According to their recent report, during the review period 2006-2016, India’s volume of High Net Worth Individuals (HNWIs) increased by a whopping 290% and is the 9th largest in the world. The acquisition of this wealth is mainly attributed to the following Industries – Manufacturing (18%) followed by Basic Materials (15%), Technology (10%) and Financial and Professional services (10%).
Statistics as of 2017 show that 330,400 HNWIs reside in India, which is one of the highest in the world. There are also at least 119 billionaires living in the country, and the number is again much higher in contrast to Germany, Canada, France, Australia China and Russia.
The report stated that with India’s massive entrepreneurial population, a good educational system and an English speaking population, private wealth will grow by 200% over the next ten years with growth in financial services, Information Technology, Business Process Outsourcing, Real Estate, Healthcare and Media Industries.