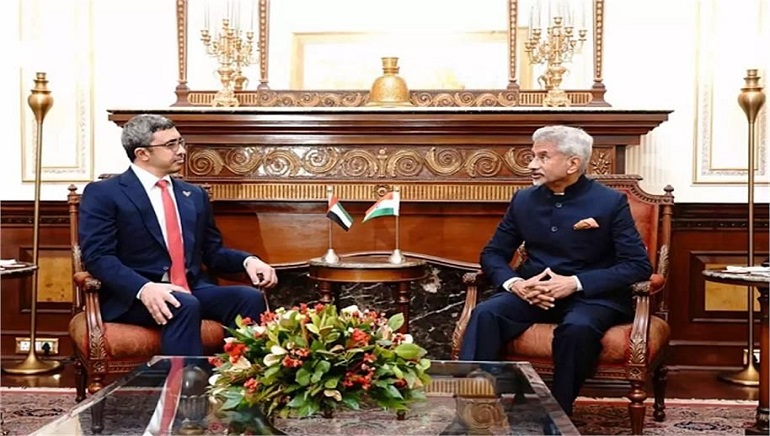 Bilateral trade for India and the United Arab Emirates (UAE) is set to exceed $88 billion this year. This will make the UAE India’s third largest trading partner after the United States and China.

Sheikh Abdullah bin Zayed Al Nahyan, the Foreign Minister of the United Arab Emirates, was recently in India for a two-day official visit to advance relations between the two nations.

The UAE Foreign Minister on Tuesday met External Affairs Minister S Jaishankar to discuss ways to strengthen the bilateral relationship between the two nations. The leaders published a Joint Vision Document, which serves as a guide for continued exploration of fresh fields, including the establishment of IIT, Green Hydrogen cooperation, fintech, the creation of a specialised food corridor, health cooperation (including efforts to develop Africa), skills, and defence exports.

In February of this year, the two countries inked their first-ever Comprehensive Economic Partnership Agreement, which became effective in May 2022. It was India’s first economic partnership in the last ten years. Now, the partnering countries are deliberating using UPI as a platform for payments for the 3.5 million-strong Indian community living in the UAE.