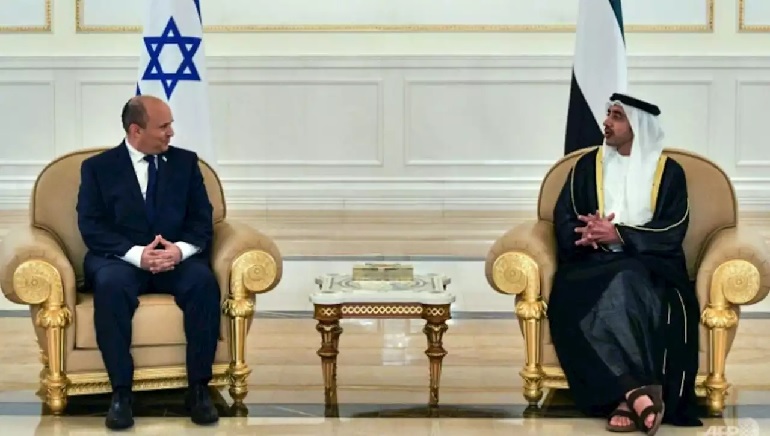 At the airport, Mr. Bennett was received by UAE Foreign Minister Abdullah bin Zayed and an honour guard. For the uninitiated, Bennett has become the first Israeli prime minister to visit the gulf nation after diplomatic ties were established last year. Earlier in June, Israel’s Foreign Minister Yair Lapid also visited the UAE to inaugurate the nation’s embassy in Abu Dhabi.

The prime minister said he appreciated the very warm hospitality and was excited to be in the UAE as the first official visit of an Israeli leader.

Earlier in a video, Mr. Bennett had said that the relations between the two states were “excellent and extensive, and we must continue to nurture and strengthen them, and build  warm peace between the people”. Before his visit, his office had informed that the dignitaries will discuss deepening the ties between Israel and the UAE, especially the economic and regional issues.

The visit is also important as it comes at a time when world powers’ try to renew a nuclear deal with Iran.