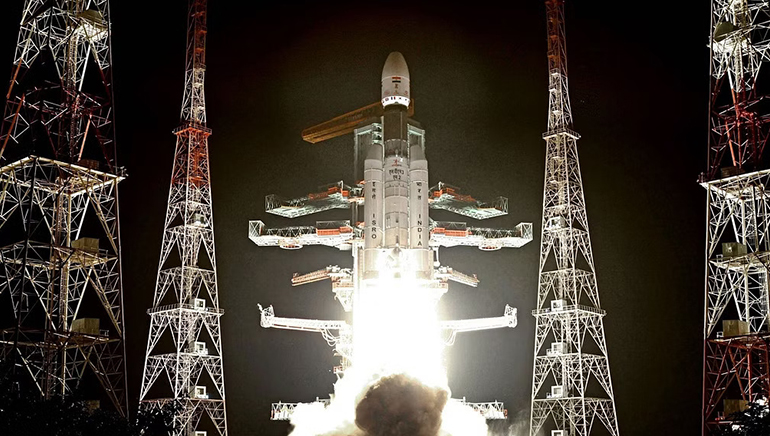 OneWeb Ltd is the UK-based customer of NewSpace India Ltd (NSIL), ISRO’s commercial arm, and a global communication network powered from space, activating internet connectivity for governments and businesses. Bharti Enterprises is one of the key investors in OneWeb.

With Sunday’s success, ISRO put behind the divergence experienced in its Small Satellite Launch Vehicle (SSLV) mission, on August 7, which made the satellites unfit to be used.

Early on Sunday, a smiling ISRO Chairman S Somanath announced Deepavali had begun early for the scientists at the space agency.

“LVM3 M2/OneWeb India-1 mission is completed successfully. All 36 satellites have been placed into their intended orbits. @NSIL_India @OneWeb,” ISRO said in a tweet, just a little while after Somanath announced that 16 satellites had been injected into the intended orbits while the remaining would take some more time.

All 36 satellites were placed into the orbits around one hour and fifteen minutes after the rocket blasted off from the spaceport.