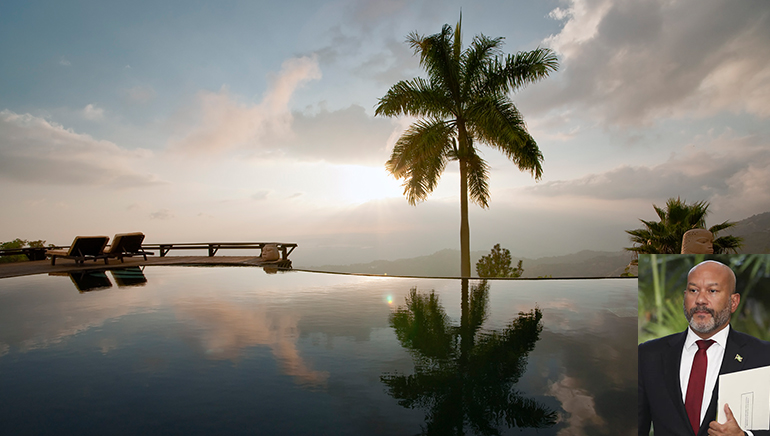 THE MOST MUSICAL COUNTRY IN THE WORLD

This August Jamaica celebrates 179 years of Emancipation from slavery, a most significant milestone which coincides with the arrival of the first Indians to our island. We also commemorate 60 years of Independence as well as 60 years of uninterrupted diplomatic relations with India. There is much to reflect on in our shared history and indeed much to be grateful for. It is a tremendous honour as Jamaica’s first resident High Commissioner to India to greet you on this occasion. Please allow me to share with you a small snippet of my country as we move to further strengthen the relationship and foster meaningful exchanges between our great nations.

“Think you know Jamaica?” Not many countries in the world deliver such a confounding array of superlative, if not audacious global achievements from such a relatively small place with so few people. Roughly the size of the Northern Indian state of Tripura, with a population of 2.7 million, Jamaica has emerged as a global superpower of culture, through music and sport. Designated the most musical country in the world in terms of per capita output, Jamaica has the distinction of originating over 14 genres of music. Not including Reggae, our most renown, which is more of a social movement, not in reference to the dancing, though that is also a phenomenon, but due to its message of love, peace and justice, giving voice to the upliftment of people everywhere. Our musicality grabs you by the “beat of your pants”, moves your feet, stirs your heart and satisfies your soul. Both TIME Magazine’s Album of the Millennium and the BBC’s Song of the Century (Exodus and One Love) were penned by Bob Marley, a lyrical genius, one of Jamaica’s greatest sons and biggest ambassador of Reggae. In sport; Jamaica has produced the fastest woman and man on the planet (Shelly Ann Fraser Pryce and Usain Bolt) and has amassed over a third of the total Olympic and World Championship sprint medals to be won in history, repeatedly “sweeping the podium”. Just recently we produced the only person ever, to win World Championship gold in the 100m, 200m, 400m, 4x100m and 4x400m – Shericka Jackson. This legacy of sporting excellence extends to other disciplines; boxing, swimming, rugby, football, netball and of course cricket. A sport where we have made a significant contribution as part of the West Indies with legends such as George Headley, Lawrence Rowe, Jeffrey Dujon, Michael Holding, Courtney Walsh and Chris.

Gayle to list but a few. We were also the first tropical island to field a team in the winter Olympics, competing in the Bob Sled (what no snow? no problem!). Our success is attributable to our indomitable spirit, our drive to succeed and fearless unflappable yet playful nature that keeps us calm in the tense moments of competition.

Gayle to list but a few. We were also the first tropical island to field a team in the winter Olympics, competing in the Bob Sled (what no snow? no problem!). Our success is attributable to our indomitable spirit, our drive to succeed and fearless unflappable yet playful nature that keeps us calm in the tense moments of competition.

Perhaps there is some Darwinian principle at play or maybe it has to do with the way the rich fertile volcanic soil integrates with limestone filtered fresh rainwater that help create the ideal “terroir” from which comes the some of the world’s finest rum and coffee, as well as countless other medicinal plants and herbs endemic to the island.

Our national motto; “Out of Many, One People”, underscores our diversity and partly explains the unique delectability of our cuisine, a mélange of our African, Indian, Chinese and European heritage. From our worldfamous Jerk Cuisine, to fresh fruits of sea and land there is something uniquely remarkable about the tastes you will encounter. Of special note is Ital food, an all-natural, no salt, vegan fare from the Rastafarian faith, an Abrahamic religion born in Jamaica which promotes peace, love and respect of self and others, teaching us how to live in harmony with the environment.

Today Jamaica is connected to the world with over 400 international flights weekly, and there is no visa requirement for holders of most passports including Indian. Yet tourism is not the only attraction, with low inflation, strong economic growth, an investor friendly transparent regime, and the highest rank in ease of doing business in the region (6th globally, 2020 – IMF), the island is also unfolding as a destination for investment. In 2015 and 2018, Jamaica had the highest performing Stock Exchange in the world with a 233% rally. The stable credit rating, enabling government fiscal policy, developed infrastructure (6 cargo ports, 5 cruise ports, 3 international airports, extensive fiber optic/ broadband capacity) and strategic geographic positioning amalgamate to create a strong value proposition across a number of sectors, including; ICT (digital services), maritime services & logistics, agriculture, renewable energy, mining and tourism.

Whatever your inclination, whatever your passion, whether you are seeking thrilling adventure, or rest/relaxation/ rejuvenation, a romantic getaway, cultural enlightenment or spiritual alignment, investment and growth, Jamaica awaits you.

In the words of Bob Marley; “One Love, One Heart,………. Come to Jamaica and feel alright!”