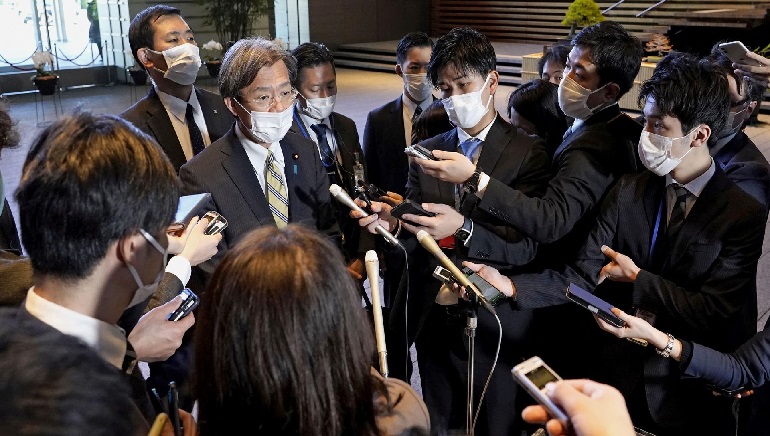 UK Prime Minister Rishi Sunak and Japanese Prime Minister Fumio Kishida will sign a reciprocal access agreement for military officers, said a newspaper report. The leaders are expected to sign the pact during Kishida’s visit to the UK on January 10.

The reciprocal access agreement (RAA), which relaxes immigration controls for military officers, aims to strengthen security ties between the two countries to counter rising threats from Russia and China.

The two countries are expected to sign the RAA, which would serve as a legal basis for joint exercises and logistics cooperation. An agreement, intended to allow for the smooth implementation of bilateral defense cooperation, would simplify immigration procedures when troops from one country visit the other for exercises or disaster relief activities, while also stipulating jurisdiction in the event a service member commits a crime or causes an accident in the other’s country.

In December 2022, Japan, Britain and Italy called for the joint development of next-generation fighter aircraft in a summit statement. Kishida’s visit to the UK will be part of a tour that will include stops in France, Italy, Canada and the United States. With Japan chairing the Group of Seven in 2023, Kishida is expected to confirm the importance of unity among G7 members during the trip.