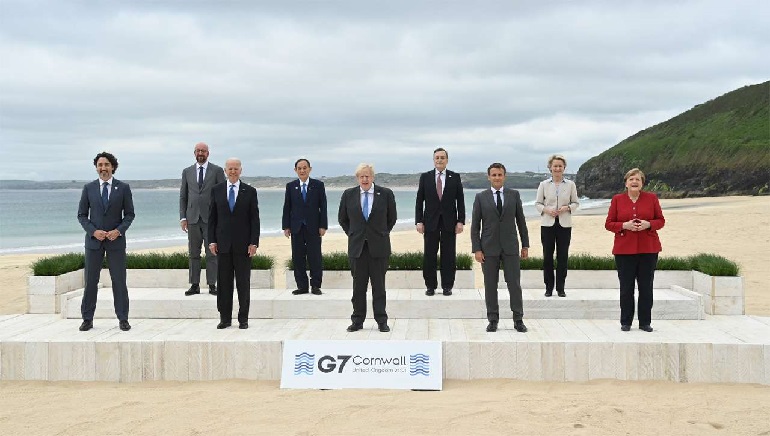 The US President Joe Biden is scheduled for a virtual meeting with other leaders of the G-7 countries to discuss close coordination on Afghanistan policy. The meeting will be conducted on August 24 according to the statement released by the White House Press Secretary Jen Psaki on Sunday.

Jen Psaki said that the meeting will be scheduled virtually to meet other leaders of the G-7 countries to discuss continuing their close coordination on Afghanistan policy and evacuating their citizens, the brave Afghan who stood with the US over the last two decades and other vulnerable Afghans. The leaders are also to discuss the plans to provide humanitarian assistance and support for Afghan refugees.

Biden has had personal calls over the last few days with some of the leaders including Borris Johnson, Angela Markel, and Mario Draghi. The withdrawal of the American troops from Afghanistan came with a cost with legions of Afghans seeking refuge outside the country.