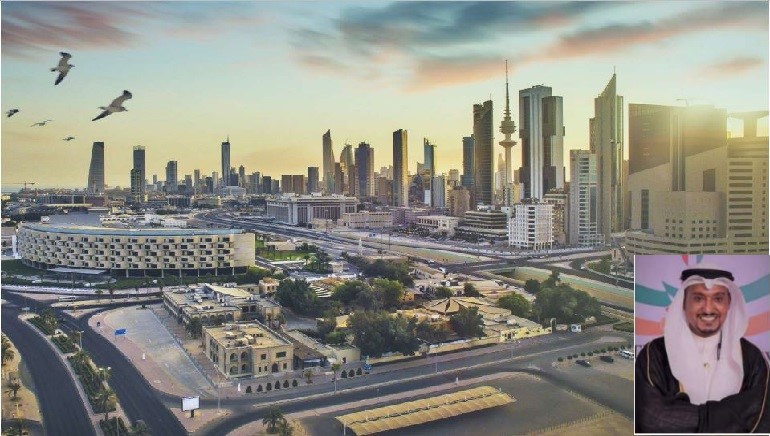 Famous for Kuwait Towers and the Grand Mosque, people in Kuwait own fanciest clothes, some of the most expensive cars in the world, and love to travel to Europe, while holding close to their heart their own traditions of the desert. It’s a truly captivating country where the traditional meets modern, and creates an incredibly charming and engaging culture

By His Excellency Mr. Mansour Saad Al-Olaimi, Consul General of State of Kuwait in India

The futuristic vision for the State of Kuwait speaks about the measures being undertaken by the State to develop all sectors, including the tourism sector. In view of its importance, the State has made provision for more jobs to promote and cater to this sector, which will in return contribute to increase in GDP by 2% to 4%, and will attract Foreign Investments, in line with the promising development plan, namely (Kuwait 2035). For example, one of these promising projects is the Islands development project. This huge project is estimated to cost more than 450 Billion Dollars. As well as tourism sector is one of the bases which contribute on making Kuwait a Financial & Commercial hub.

Kuwait established The Kuwait Hotels Company in 1962 a year after getting its independence, and joined the World Tourism Organization a year after. It initiated building infrastructures required to set up a number of economic projects in that period, which are still going on, and in addition to other projects which are established subsequently. Some examples are as follows: Kuwait Towers – Cinema Halls – Theaters – Public gardens – Green Island – Commercial Complexes – Al Mubarakiya Market – Amusement City – Pool Complex and Ski lounge – Museums – Scientific Centre along an Aquarium with a wide variety of fish, and a museum of ancient ships – Liberation Tower which is considered the second-largest tower in the world with a height of 372 meter. There are some ancient monuments around Kuwait, such as Old Gates of Kuwait City, whose walls have been demolished and gates kept as witness of events which occurred in the State of Kuwait. Red Palace in Jahra city, and Seif Palace in addition to Failaka Island which were formally called (Icarus) and which have some archeological sites. As the State of Kuwait is interested in environmental tourism, it has established Shaikh Sabah Al Ahmed Natural Reserve (reservoir) and Shaikh Jaber Al Ahmed Marine Reservoir.

India and Kuwait traditionally enjoy friendly relations, rooted in history and have stood the test of time for about hundred years. India has been a natural trading partner of Kuwait, and Kuwaiti Commercial ships have been frequenting India, especially to Mumbai city and other states for trade. Until 1961, Indian Rupee was the legal tender in Kuwait. We take this opportunity to specify some of the steps taken by the Consulate in this regard: Speeding up the process of approval documents of the Indian companies regarding Export & Import from and to Kuwait. Holding regular meetings with Senior Officials in Mumbai city to see their points of view regarding matters related to both the countries (Chief Minister of Maharashtra, Police Commissioner and Customs Commissioner and Indian Chamber of Commerce). Participating in a number of seminars & meetings related to economy, so that we can be aware of the new investment opportunities and can take part in it. The consulate also attends a number of other formal & informal functions. It arranges and facilitates trade delegations and assignments from both the countries using measures to get the required visas and other required diplomatic formalities. It facilitates measures of Work agreements for Indian workers who are interested to travel to Kuwait. The mission carries out this particular work at present to further develop and strengthen relations between both the countries.

Indo-Kuwait relation is considered as one of the best and has a historical significance to it, because Kuwait had significant relations with India during different political eras of India. For example, volume of trade exchange between the countries reached to (15000) million dollars in 2017, and trade balance continues to flourish.

To speak about India’s prospects, we can say that these prospects speak on their own, and are quite clear to all that India has a highly trained level of manpower. India has a distinguished geographical site, and is a mega global market; hence, we find that a number of global companies are choosing India as their headquarters like Amazon Company, etc. In addition, we find a number of countries and a Consortium of companies that are keen to reach to an understanding by sorting out economic problems in India. In brief, we can say many great prospects are available at present in India. India is among the Asian countries which play a pioneering role in the region, and especially in the Asian continent. As India has developed economically, technically and commercially, the trade balance for India has been considered to be very high in comparison with its population. Due to these facts, the future of Indian growth looks promising and flourishing for the decade.