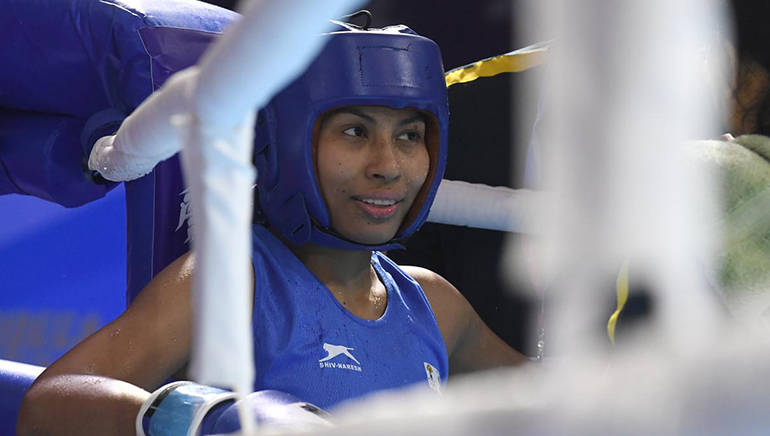 As a middleweight, Lovlina will make her international debut at the upcoming Asian championships in Amman after switching weight classes. Despite suffering a nose injury during the selection trials for the continental event and entering the games at the last minute, Lovlina managed to find some rhythm against Saweety.

Using her lanky frame, Lovlina dodged Saweety’s attacks and landed a series of jabs and combinations. A fascinating duel between Simranjit Kaur and Jaismine Lamboria resulted in a 4-0 victory for Simranjit Kaur in the women’s 60kg weight class.

The first two rounds were dominated by Simranjit’s good manoeuvring and accurate head shots and body shots. Simranjit, an experienced southpaw, was able to avoid Jaismine’s punches in the third round due to her superior movement. Despite both boxers bleeding midway through the bout, Sanjeet clinched his Asian championship by defeating Naveen Kumar 5-0 in the trials.

The men’s 92kg championship was won by Sanjeet after an exchange of heavy blows. Five gold medals went to Services among the eight men’s events. A total of five gold medals were on offer for women, with Haryana and Assam taking home two each.