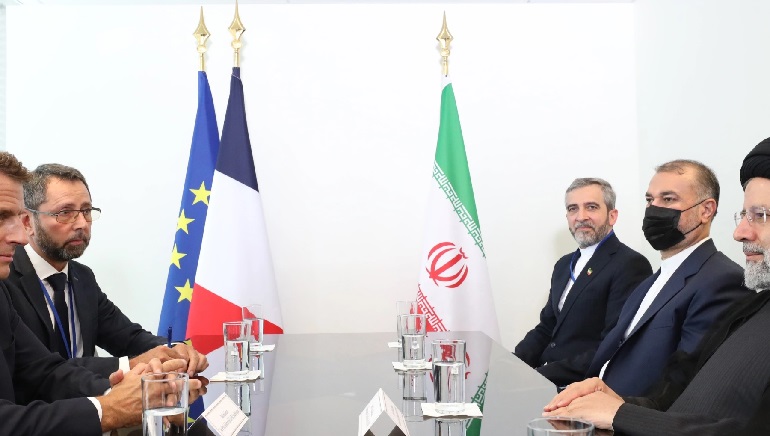 During the meeting, Raisi met with the President of the European Council Charles Michel, as well as the bloc’s foreign policy chief Josep Borrell and his deputy Enrique Mora, who serve as coordinators of the nuclear talks that started in April 2021. He was accompanied by Foreign Minister Hossein Amirabdollahian and top nuclear negotiator Ali Bagheri Kani.

According to Raisi’s website, the Iranian president stressed a major demand to his French counterpart that the International Atomic Energy Agency (IAEA) conduct an investigation into several Iranian nuclear sites involving unexplained nuclear particles in order to conclude any agreement.

Raisi told Macron, “The agency’s approach towards technical issues must be away from pressures by others, and we believe that aching an argument will not be possible without closing Iran’s casses.”

He further added that Europe needs to manifest its policies are different from the US and do not act in accordance with US wishes and policies.