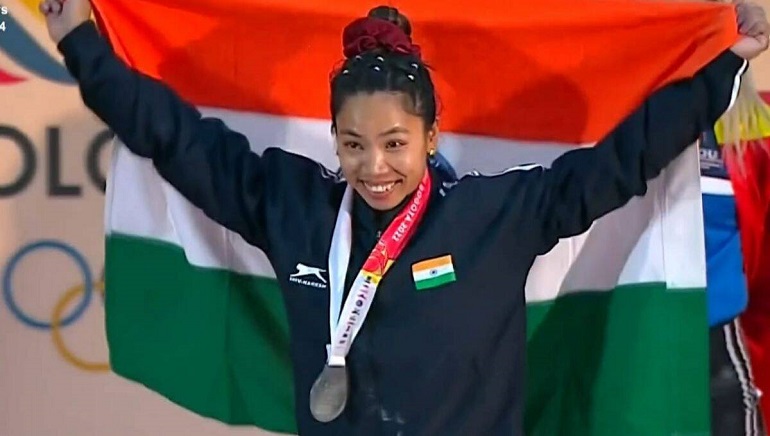 The Tokyo Olympic silver medallist, competing in 49 kg category, lifted 87 kg in snatch, and in clean and jerk her best effort was a lift of 113 kg.

The 27-year-old world champion, Chanu, hurt her wrist during a training session in September. She had also participated in the National Games with the injury in October. Competing in her first international tournament since the Commonwealth Games, Chanu had a disappointing snatch session. She started with an 84 kg lift, but her second attempt of 87 kg was deemed a no lift. The star Indian weightlifter did not go for the 90 kg lift. In the final attempt, the champion, despite a bandaged wrist, hoisted the 87 kg barbell, which is a kilogram less than her personal best in the section.