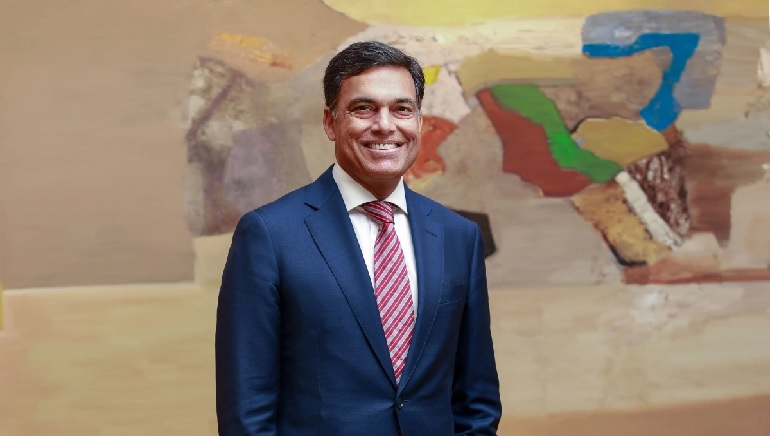 CARRYING FORWARD THE LEGACY OF EXCELLENCE

All dreams are made of a magical concoction whose ingredients comprise passion, grit and an insurmountable determination to work hard and win against all odds. Sajjan Jindal inherited this magical concoction and chiseling his dreams, developed one of India’s leading business houses, with a workforce of over 40,000. Diversifying his Group gradually to master other verticals, he forayed into cement, infrastructure, energy and so on, with a dream to help build a new nation. Leading India’s largest private steel producer, Sajjan Jindal has displayed mettle of steel as he has guided JSW Steel through the strategic tie-up with the world’s sixth-largest and Japan’s second largest steel producer JFE Steel.

He and his brothers, Prithviraj, Ratan and Naveen, each run their own businesses that were primarily inherited from their father. Married to Sangita Jindal, who is the Chairperson of JSW Foundation, they have two daughters, Tarini and Tanvi, and a son, Parth. He holds B.E. in Mechanical Engineering from M S Ramaiah Institute of Technology, Bangalore being affiliated from Visvesvaraya Technological University, Belgaum, Karnataka. Joining the family business right after his graduation, he moved to Mumbai to look after the western region operations of O.P. Jindal Group in 1983. He promoted Jindal Iron and Steel Company Ltd. (JISCO), for manufacturing of Cold Rolled and Galvanized Sheet Products in 1989, promoted Jindal Vijaynagar Steel Ltd. (JVSL), JSW Energy Ltd. (JSWEL), Jindal Praxiar Oxygen Ltd. (JPOCL) and Vijaynagar Minerals Private Ltd. (VMPL) to ensure complete integration of the manufacturing progress in 1995. In 2005, he merged JISCO and JVSL to form JSW Steel; their holdings group has the same name, JSW.

Commanding one of India’s fastest growing conglomerates, JSW Group which is a USD 13 billion company and an integral part of the O. P. Jindal Group, Sajjan Jindal has developed some of the major projects in India and has played a key role in nation building. He asserts, “We pursue growth zealously. In the face of all challenges, the most effective way to overcome them was to grow. Faster than the market, bigger than the competition.” Guiding JSW to become one of India’s top business houses, his innovative and sustainable ideas have helped all verticals of the Group: Steel, Energy, Cement and Infrastructure. Believing in creating values of the highest order, he has invariably focused on creating superior strength of products & services, a differentiated product mix, state-of-the-art technology, and then excellence in execution and focus on sustainability for assured success and growth. Like all great leaders, he too initiated with small steps and a humble beginning in the steel sector of India; however, with consistent efforts guided his Group to expand its presence across India, South America, South Africa and Europe.

He has received the Willy Korf/Ken Iverson Steel Vision Award for his contribution to the steel industry, the ‘Outstanding Business Leader of the Year Award’ at the 14th edition of the CNBC IBLA 2019 Awards, the Outstanding Business Leader of the year 2018 award, CEO of the Year award, JRD Tata Award for Excellence in Corporate Leadership in Metallurgical industry, National Metallurgist Award in Industry category instituted by the Ministry of Steel, Government of India, Best CEO award, and several other prestigious national and international awards. An ex President of the Associated Chamber of Commerce and Industry of India (ASSOCHAM), he is a renowned and respected practitioner of sustainable business practices.