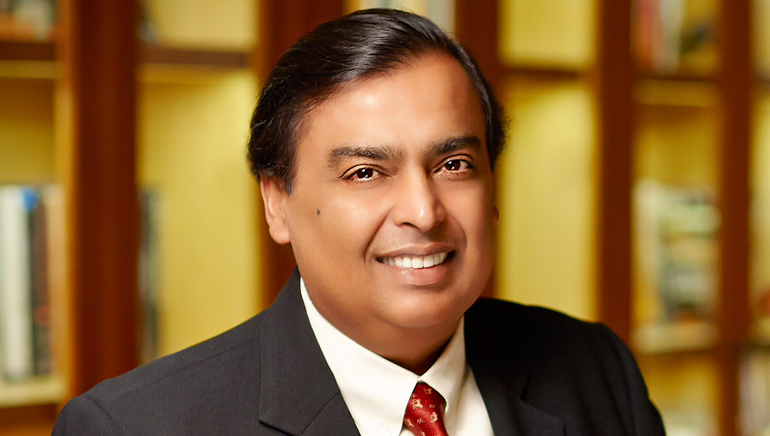 A Chemical Engineer from the Institute of Chemical Technology, Mumbai, Mukesh Ambani has pursued an MBA from Stanford University in the US. Being on the Board of Reliance Industries since 1977, he has played a significant role in the Group’s backward integration journey – from textiles to polyester fibres and further onto petrochemicals and petroleum refining, and going upstream into oil and gas exploration and production. Owing to his dedicated efforts in creation of multiple new world-class manufacturing facilities involving diverse technologies, Reliance’s petrochemicals manufacturing capacities have seen an increase from less than a million tonnes to about 21 million tonnes per year.

In the late nineties, Mukesh Ambani not only created the world’s largest grassroots petroleum refinery at Jamnagar in Gujarat, India, with a capacity of 660,000 barrels per day (33 million tonnes a year), but also integrated it with petrochemicals, power generation, port and related infrastructure. In addition, he set up another 580,000-barrels-per-day refinery next to the first one in Jamnagar. No wonder Jamnagar emerged as the refining hub of the world with an aggregate refining capacity of 1.24 million barrels of oil per day at a single location. He also spearheaded the development of infrastructure facilities and created a pan-India organized retail network spanning multiple formats and supply chain infrastructure. Since 2006, Reliance Retail has been delivering superior value to its customers, suppliers and shareholders and has established itself as India’s largest retailer. Its network of retail outlets all across the nation, delivers a world-class shopping environment and unmatched customer experience by virtue of its state-of-theart technology and seamless supply-chain infrastructure. Extremely optimistic about the future of the nation, he applauds India’s entrepreneurial spirit. He feels that every small entrepreneur in India can become a Dhirubhai or a Bill Gates as the entrepreneurial talent in India is huge. An advocate of innovation, he asserts, “Essentially, whoever is successful, whoever is going to do things that make a difference, is going to be talked about.” He feels that business is a level playing field where everyone gets an equal opportunity to excel. “Everybody has equal opportunity and I think that is true for everything,” he says. Despite reaching the pinnacle of success, he feels that there is still a lot of scope to grow and expand. As he puts it, “I think our fundamental belief is that for us growth is a way of life and we have to grow at all times.”

Mukesh Ambani has created global records in customer acquisition for Jio – the Group’s digital services initiative. He has efficiently spearheaded the creation of one of the world’s most expansive 4G broadband wireless network offering end-to-end solutions. It caters to the entire value chain across various digital services in key domains of national interest, such as education, healthcare, security, financial services, governmentcitizen interfaces, entertainment, to name a few. He is of the view that India has a mobile network that is better or at par with any country in the world and it is all set to become a “premier digital society.” He feels that the big change driving this transformation is the deepening of mobile networks that are currently working at a much faster pace than before. “It all kick-started in 2014 when PM gave us the vision of Digital India … 380 million people have migrated to Jio’s 4G technology,” he says. “Pre-Jio, the data speed was 256 kbps; and post-Jio, it is 21 Mbps, he declares with pride. He believes that policy steps are needed to accelerate the early rollout of ultra-high-speed 5G services that are affordable and available everywhere. He is certain about the fact that 5G will enable India not only to participate in the Fourth Industrial Revolution but also to lead it.

Mukesh Ambani is the only Indian to be featured on Global Game Changers List of a leading international magazine. He has been awarded as Economic Times Business Leader of the Year, 2017 and has won Othmer Gold Medal by Chemical Heritage Foundation, USA in 2016. He was offered an honorary Doctor of Philosophy degree by the Indian Institute of Technology (IIT), Roorkee in and Honorary Doctor of Science by Institute of Chemical Technology, Mumbai in 2013. He was conferred the title of ‘Entrepreneur of the Decade’ by All-India Management Association in 2013.

LAYING THE FOUNDATION OF A BETTER WORLD

Mukesh Ambani’s vision of an inclusive India is being realized through Reliance Foundation. Spearheaded by his better half, Smt. Nita M. Ambani, Reliance Foundation was established in 2010 to provide impetus to various philanthropic initiatives of Reliance Industries Limited (RIL). The efforts of the group have already touched the lives of more than 39.5 million people across India in more than 40,000 villages and several urban locations. 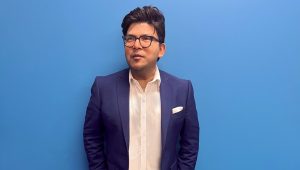