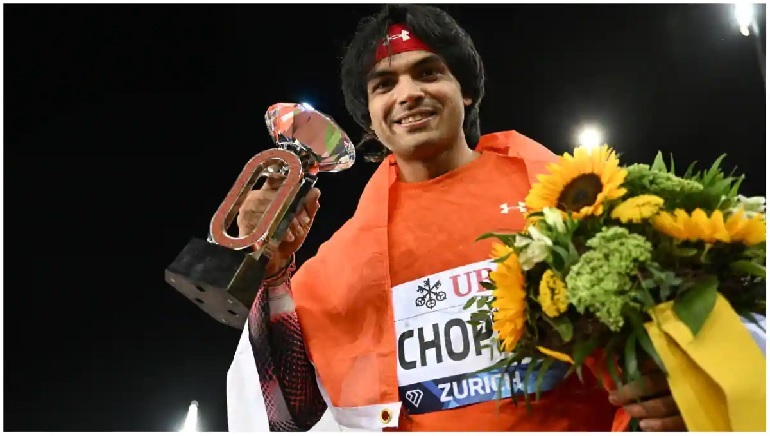 The Diamond League Finals were won by Olympic gold medalist javelin thrower Neeraj Chopra on Thursday. In his second attempt, Chopra threw 88.44 m – his fourth career best – and that became his winning throw. During his next four throws, he threw 88.00 meters, 86.11 meters, 87.00 meters, and 83.60 meters.

In his fourth attempt, Olympic silver medalist Jakub Vadlejch of the Czech Republic threw 86.94m to finish second. A best of 83.73m was clocked by Julian Weber of Germany. In addition to being the Olympic champion, he is a silver medalist at the World Championships and a Diamond League champion.

He had achieved all of this in a short period of time. A gold medal was awarded to him at the Tokyo Olympics last August. This season, he has thrown over 88m six times, demonstrating his consistency. With his 89.94m mark this season, he holds the national record.

Having previously finished seventh and fourth in 2017 and 2018, Chopra made his third appearance in the Diamond League Finals. A wild card for the Budapest, Hungary, World Athletics Championships of 2023 was also awarded to Chopra as well as the Diamond Trophy and USD 30,000 prize money.