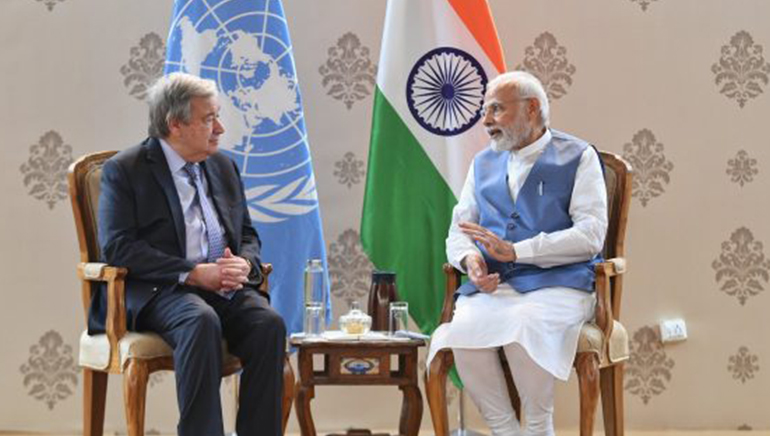 On the occasion of the launch of the Mission LiFE movement (Lifestyle for the Environment), France, the UK, Argentina, Georgia, Guyana, Madagascar, Mauritius, Estonia, Nepal, and the Maldives sent congratulatory messages to Prime Minister Narendra Modi. According to the Prime Minister’s Office, Mission LiFe will be an India-led global movement to protect and preserve the environment. The launch comes ahead of next month’s UN climate meet in Egypt.

Leaders across the world bestowed a positive approach to Mr Modi and the project. France’s President, Emmanuel Macron, said, “Dear Prime Minister, dear Narendra, Namaste.” He added, “I wish I could be with you in Kevadia but had to choose cooperation over division. France looks forward to working with India to make this initiative a success, including the perspective of the Indian Presidency of the G20 next year”.

Furthermore, Irfaan Ali, the president of Guyana, said, “70% of the world’s forests have suffered substantial degradation. We must all cooperate if we want to safeguard the earth. In order to inspire 1 billion Indians to become pro-planet citizens by 2027, I would like to congratulate Prime Minister Narendra Modi on the release of the Mission LiFE logo and mission statement.”

The LiFe initiative will serve as India’s signature initiative at the United Nations and other international platforms to showcase climate action and early achievement of the Sustainable Development Goals.